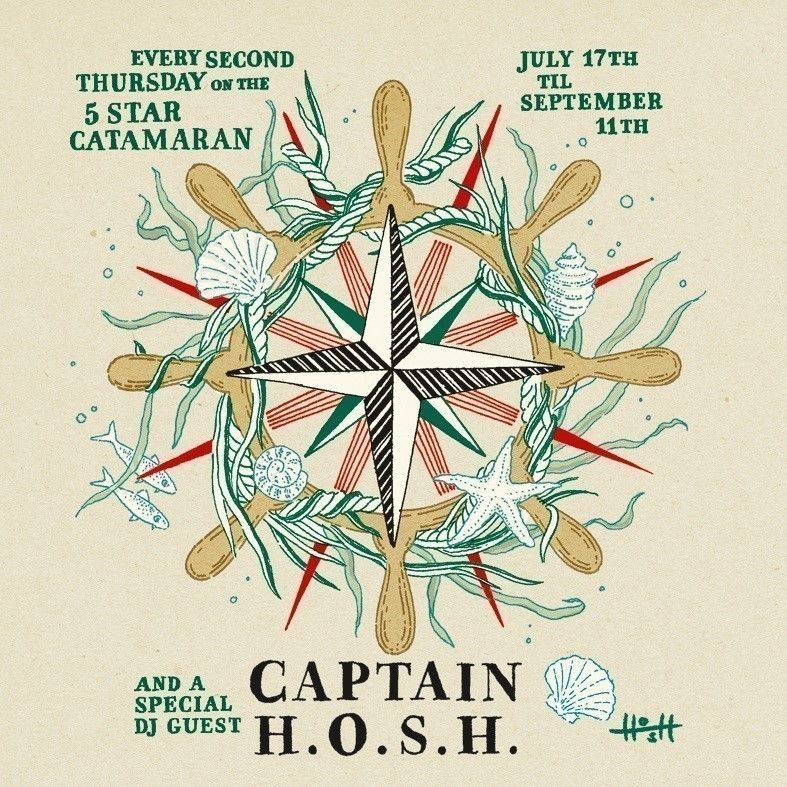 H.O.S.H. has announced his first very own event series on Ibiza: Starting from July 17th, he will host a bi-weekly boat party series on Thursdays under the name “Captain H.O.S.H.”. It will take place on the stunning Cirque de la Nuit Five Star Catamaran, which will cruise along the scenic coastline of Ibiza. The highly acclaimed DJ and producer, who’s an integral part of the Diynamic crew, will be joined by a very special guest DJ on each event. The closing party will take place on Sep. 11th after 5 massive cruises. The parties will be broadcasted live on Ibiza Sonica Radio.

In both 2012 and 2013, H.O.S.H. celebrated his exclusive private birthday bash on this Five Star Catamaran and the whole Diynamic crew joined the boat along with loads of special guests. Solomun and H.O.S.H. on the decks made everyone on board feel simply forever young! After those legendary events when H.O.S.H. turned the boat into the ultimate boat party on the island, he has been asked to return for more of such boat events in 2014. Said and done: H.O.S.H. developed the “Captain H.O.S.H.” concept, booked the boat for the whole season, invited DJ friends to play along to him and so this summer he will return with this fabulous party format to the magic White Isle for five exclusive dates only.

“Captain H.O.S.H.” will run bi-weekly on Thursdays from 13:00h to 17:00h, the boat will leave from Playa d’en Bossa; it will go along the natural park of Ses Salinas to Formentera’s white beaches and turquoise waters, where it will make a swim stop. The pre-party starts at 12:00 at Backstage / Hostal Cirque de la Nuit (opposite Sankeys) in Playa d’en Bossa. All the lucky ones who get hold of one of the very rare tickets can join H.O.S.H. and his boat crew this summer: It is always H.O.S.H. plus at least one more well-known DJ aboard.

About H.O.S.H.:
H.O.S.H. is one of the founder members of the much-admired Diynamic Music label, he owes a large part of its success and, as a result, has helped steer house music into unchartered waters.