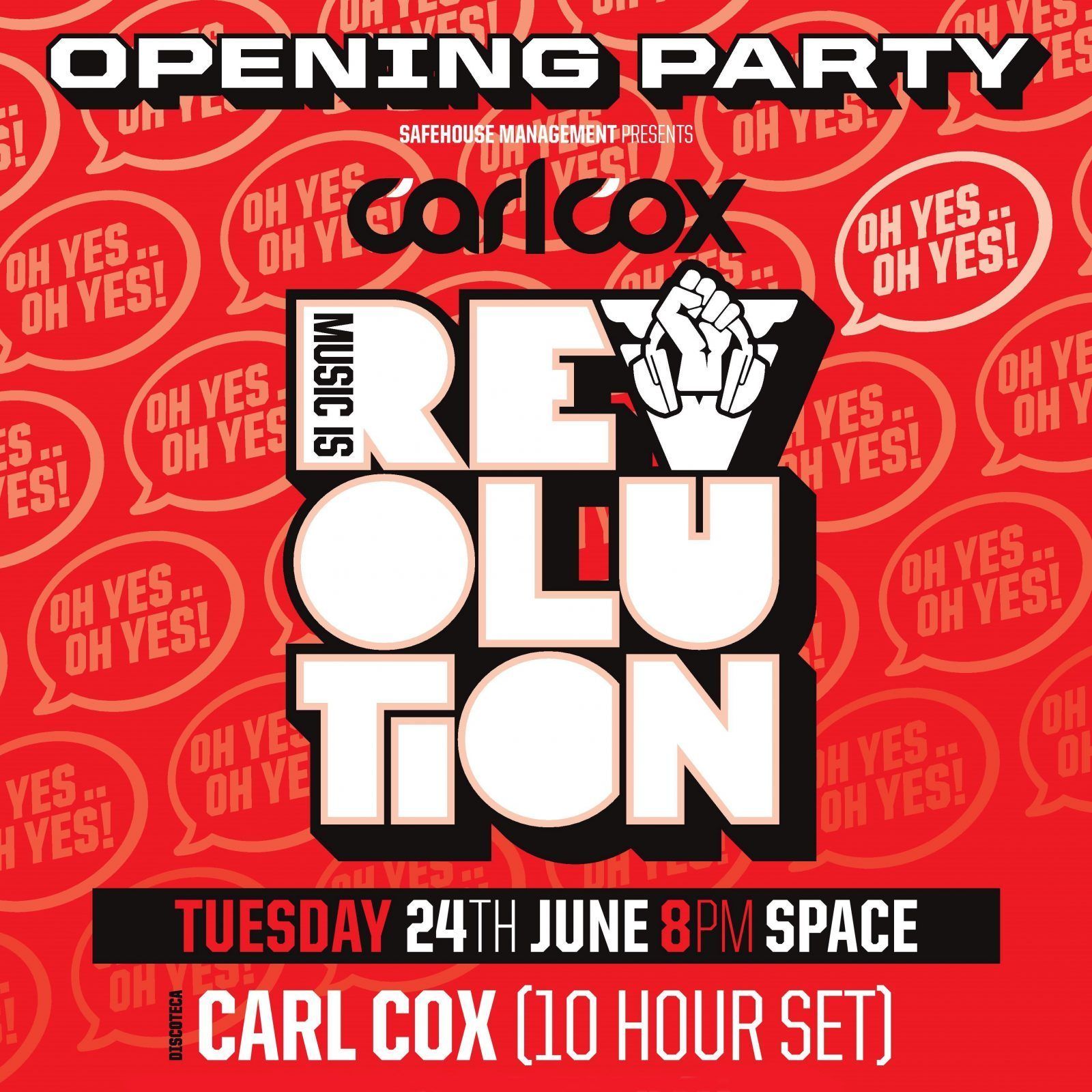 The opening party is always a highlight in Carl’s season, and expect next Tuesday to go off with a bang, with Carl playing a mammoth 10-hour set to celebrate.

“It just had to be done and where else to do it than at our opening night at Space,” says Carl. “I’m going to dig deep and take everyone on a real journey through Techno and beyond. It’s going to be an unforgettable season – bring it on!”

There’ll also be killer sets from the likes of DANNY TENAGLIA and UNER – making this one the biggest parties on the island.