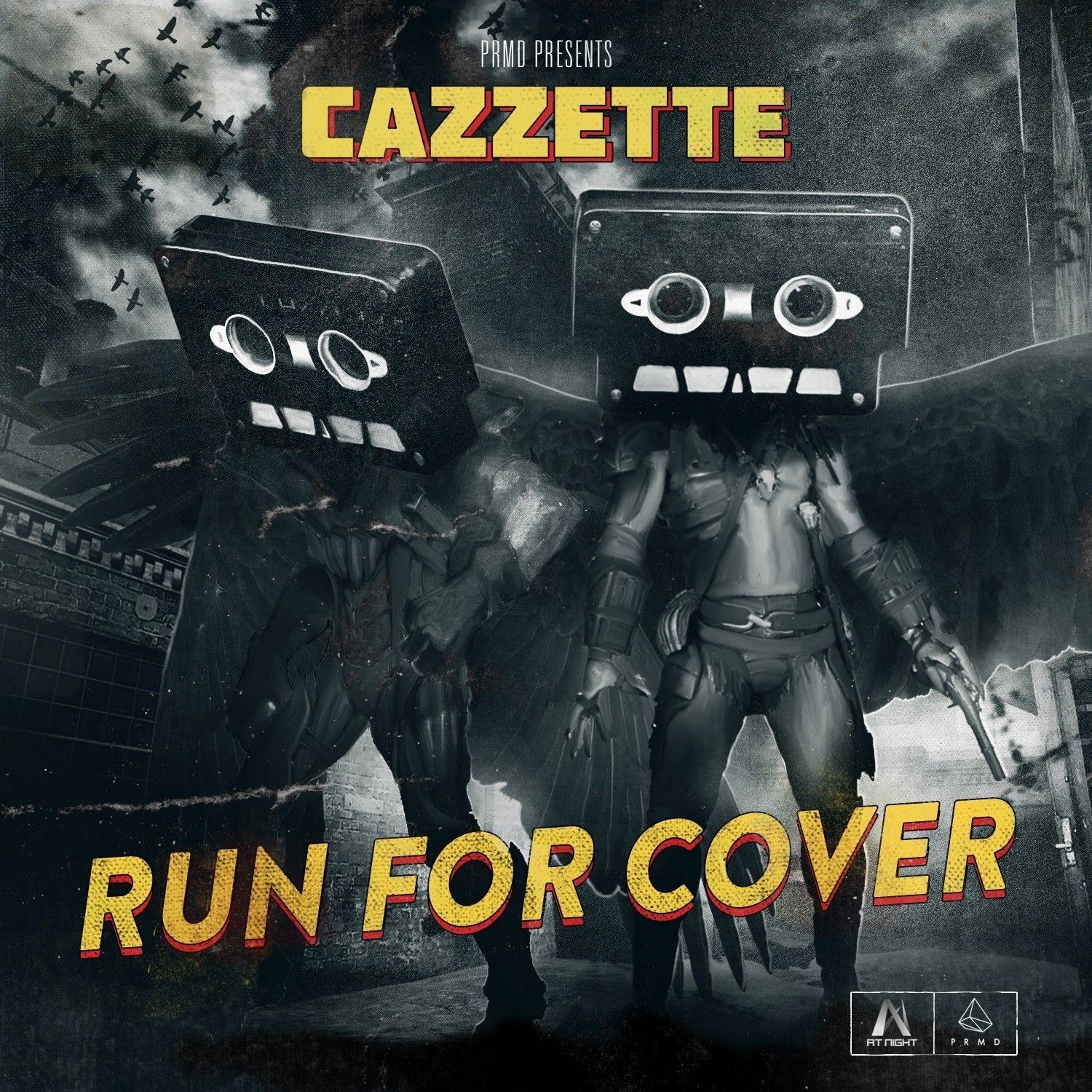 Unique electronic duo Cazzette have unveiled the dramatic video for their new single ‘Run For Cover’, which is set for release on iTunes on 10th December via PRMD / Positiva. The single, which comes off the back of the anthemic Cazzette vs The Killers ‘Shot At Night’, will be followed by the iTunes release of their debut album ‘Eject’ in early 2014, which in an unprecedented move was made available exclusively via streaming service Spotify earlier this year.

True to form, ‘Run For Cover’ – which features on the aforementioned album – blends elements of house, electro and dubstep into a searing dance floor powerhouse. Switching between bursts of four to the floor energy and thunderous half-step drum patterns, the 8 bit-melodies and warped bassline collide with lightning rod synths to create a standout club track. All of this ferocity is captured in the ambitious, widescreen vision for the video, which sees a man hunted through an eerily deserted, ice-covered city by a swarm of genetically mutated pigeons under instructions from a higher authority…

The Swedish duo, from the same house that brought you Avicii, have been making a name for themselves since 2011 as they have taken their charismatic stage show and razor sharp productions across the world. Garnering widespread attention with early remixes of Avicii’s ‘Sweet Dreams’ and Swedish House Mafia’s ‘Save The World’, the duo have gone on to win support from such luminaries as David Guetta, Tiësto, Thomas Gold and Martin Solveig. This work culminated in the unique release of their debut album ‘Eject’ on Spotify, with momentum continuing apace. This is a trend set to continue into 2014 as they drop their latest single and prepare for the full iTunes release of ‘Eject’ early next year.

PRMD Records:
PRMD Records (pronounced pyramid) is the independent record label behind emerging artists Cazzette and Morten Breum, as well as world touring artist Avicii. Based in Sweden, PRMD Records’ primary focus is on releasing electronic music. It also has a string of recording studios and video production facilities to help develop its talent. With a strategy of creating innovative campaigns and taking the music to the fans first before the market, PRMD has already grown into a label with a forward thinking reputation. To date it has executed the successful worldwide campaigns for both Cazzette’s ‘Eject’ album and Avicii’s ‘True’.