CDR RETURNS TO BERLIN FOR 2016 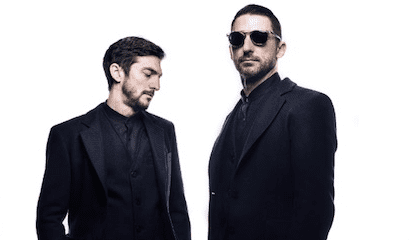 CDR RETURNS TO BERLIN FOR 2016

The acclaimed platform for aspiring producers will relaunch at Prince Charles on March 30th.

CDR will relaunch its Berlin series in late March, featuring the signature Open CDR session (where the audience provide the DJ with tracks in progress) and a headline set from Local Talk regulars Kyodai.

After an 18 month hiatus, Prince Charles will play host to the innovative CDR event that aims to encourage young producers and music makers to share their works-in-progress in a club setting. Taking place every two months, CDR Berlin will provide a springboard for producers to create a supportive community and offer new opportunities for exposure and collaboration.

Five CDR Sessions will take place at Prince Charles in 2016, and will feature a mixture of artist interviews and insights, headline DJ / live performances, and the
regular Open CDR sessions.

‘Open CDR’ refers to highly popular element of CDR where producers and artists submit tracks they are working on to be played by the host DJ as a part of their set. This has proven to be a valued platform for artists to hear their tracks in a club context, speak with peers and industry mentors, and potentially tweak their music as a result. The call for track submissions will go out 2 weeks prior to the event.

The season opener will see Berlin based duo Kyodai headline after the Open CDR session. Regulars on Mad Mat’s much respected Local Talk label, as well as garnering respect from the likes of Gilles Peterson, Masters at Work and Kerri Chandler,  the Spanish born brothers have recently shared a split release with the much hyped HNNY via the UK’s Beer records.  Previous guests at CDR Berlin events have seen the likes of Theo Parrish, Henrik Schwarz and Tamo Sumo share their experiences and skills with the CDR community.

CDR (Create, Define, Release) is the brainchild of Attica Blues co-founder, DJ, producer and educator Tony Nwachukwu. Running in London for the past 15 years, (previously at Plastic People, now at Dance Tunnel) CDR has offered a platform to hundreds of up and coming producers, including breakout artists such as Floating Points, SBTRKT, Bullion and Mr Beatnick. The project focuses on the  development of artists, new music, production, and thinking, and has developed international editions in Canada, Australia and Denmark. CDR also runs workshop and collaborative sessions at festivals such as Dimensions in Croatia, and has a regular show on London’s NTS Radio.

The event will be free up until 9.30pm, then €5 afterwards. The evening will be broadcast live from inside Prince Charles by our friends at BE-AT.TV and viewable by our fans from around the world.