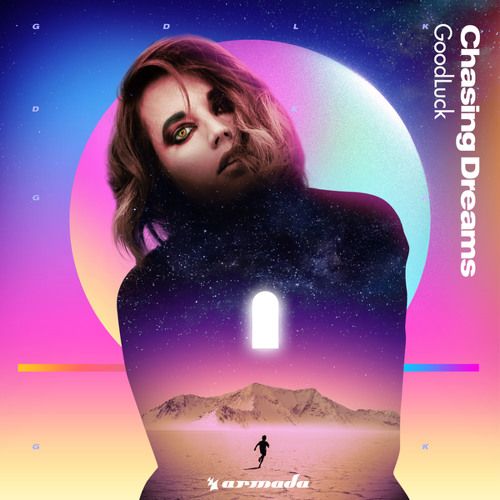 When three musicians come together to make music, there are three perspectives, ideologies and agendas to balance. That may prove difficult for some, but for South African electronic band GoodLuck, it only rounds out their already broad-spectrum skill set and allows them to cook up tracks that strike a chord with fans from all over the world. Off the back of their nine #1 charting hits on national radio, they’ve gone for the double digits with the empowering ‘Chasing Dreams’, released on Armada Music.

Sporting an uplifting message that pairs well with the luscious vocals and amazing grooves, ‘Chasing Dreams’ sees GoodLuck conjure up something truly magical. Upbeat, uplifting and even a tad funky, this song helps fans become the dance floor maniac they always wanted to be.

Juliet Harding, lead vocalist GoodLuck: “When I wrote ‘Chasing Dreams’, I had this overwhelming feeling, one that we needed to share with the world. At the time, it felt like everything was working against me, and trying to stay positive and motivated was becoming harder and harder. There was a person who came into my life who really helped me see that freedom was the only thing I actually needed and that everything else was a choice. I also realised that true freedom was found in the journey and I really wanted to share this message with our fans. No matter how difficult the circumstances are, you always have a choice to keep following your dreams with an open heart and love in your bones. That’s the story of ‘Chasing Dreams’.”

Award-winning electronic band GoodLuck consists of Juliet Harding (vocals), Matthew O’Connell (sax, keys and backing vocals) and Ben Peters (the band’s producer and founder). With their internationally acclaimed release ‘I’ve Been Thinking About You’, they held their own in the Top 5 of ‘Most Shazammed Songs’ for over two months, hit #1 on various radio charts and snatched up the accolade for most played song across all South African radio stations for the month of June in 2016. Having shared the stage with artists such as Bakermat, Basement Jaxx, Groove Armada, Lost Frequencies, Pharrell Williams and Robin Schulz, they are now globally recognized for their high-energy live shows as well as their distinct approach to electronic music, which shines through splendidly in their new single, ‘Chasing Dreams’.