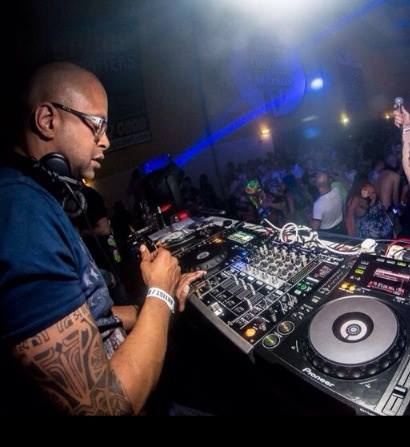 Founder member of 90's dance act Together Suddi Raval behind the National Top 12 hit single and dance classic ‘Hardcore Uproar’ announces a unique evening of Live club music and classical instrumentation as the inspired ClassicaL Uproar’ comes to one of Manchester’s most spiritual of venues, The Church and Friary of St Francis (known locally as the Gorton Monastery) for one night only on Friday August 25th 2017.

The brainchild of original Manchester UK rave/House music producer, Suddi Raval from the band Together behind the classic danceUK chart hit, ‘Hardcore Uproar’ smash, ‘Classical Uproar’ is a unique evening of Live club music and classical instrumentation to be held at one of Manchester’s most spiritual of venues, The Church and Friary of St Francis (known locally as the Gorton Monastery) for one night only on Friday August 25th 2017.

Providing an incredible backdrop to capture hearts and create an unforgettable dance party, this union of classical music and iconic dance tracks is a bold and brilliant move from one of Manchester’s pioneering dance music figures. Reaffirming or paying homage to Manchester as one of house music’s legendary cities, ‘Classical Uproar’ promises to be an infectious, energetic and spiritual evening of club music reworked in creative classical style by artistic director Simon Withenshaw.

Performing on the night is one of the most celebrated and recognisable voices in house music, Alison Limerick, behind the huge international dance music hit ‘Where Love Lives’ and ‘Make it On My Own’ from her debut album ’And Still I Rise’ (1992). Her captivating voice and phenomenal stage presence has seen Alison in demand ever since going on to work with huge stars such as Frankie Knuckles and David Morales, as well as being nominated for a MOBO Award in 1996 and again topping the dance charts with ‘Make It On My Own’ after a re-release in the US of ‘Where Love Lives’ went Top 4 on the Billboard chart.

One of the rare performers whose true gift is touching people in a most positive and uplifting way.

Performing also is Luke Neptune, a hugely talented multi-instrumentalist acclaimed for his online and public performances and check out his version of  ‘Promised Land’ here  https://www.youtube.com/watch?v=nl_jfPKR5ns

Completing the guest artists if upcoming singer, Bekka from Nightgeist who performed at London Pride 2016.

Orchestrating the music for ‘Classical Uproar’ is Simon Withenshaw, an accomplished musician who is also a respected talent in the video-game industry having scored dozens of sound tracks from Batman to Beetle Juice. Conducting the 25 piece orchestra on the night is former BBC Philharmonic Orchestra musician, Simon Robertshaw.

Suddi Raval, a founder member of 90's dance act Together co-wrote and produced the top 20 hit single ‘Hardcore Uproar’. It went onto become a summer anthem at the Hacienda before becoming the most sought after dance record of the year when it was released by Radio 1’s Pete Tong on his FFRR record label. Ravel has since scored dozens of video game sound tracks from Spiderman to Star Wars, currently hosts a monthly radio show on Groove City Radio and writes a regular monthly column in the international dance magazine Iconic Underground.

With all the elements now in place, Classical Uproar is a unique opportunity to experience the dance music and classical crossover phenomenon in a setting unlike anything you've ever seen before.