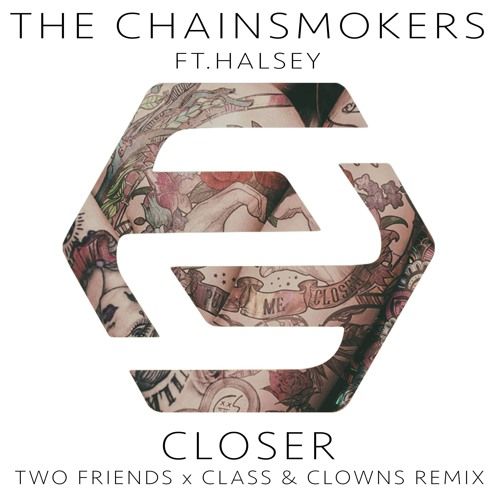 A quick word from the friends:

“as soon as the original dropped we knew we wanted to have our hand at it.  Thought it would be cool to create something that was melodic enough to listen by yourself on headphones, but also something that would go off live.  This was such a fun one to collaborate with on with our good friends Class & Clowns, who have a lot coming in the pipeline after this first release.  Hope you enjoy <3!”

Unless you’ve been living underground for the past year, you’ve probably come across the melodic house sounds of Two Friends. With countless viral remixes that have hit Hype Machine’s top spot an unbelievable 16 times, and with their latest original single, ‘Forever’, recently passing the 2 million play mark on Spotify, this prolific duo has all but solidified their name in the current dance music landscape.

Now they return alongside newly formed duo, Class & Clowns, with a remix of The Chainsmokers latest effort, ‘Closer’. With the original swaying more towards the pop side of the dance genre, Two Friends and Class & Clowns manoeuvre the track into a totally fresh realm. With huge builds and even bigger drops, ‘Closer’ is given a new energy and dynamism.

Gearing up for their next original single, due out early September, and with major upcoming shows all over the U.S, Two Friends are all set to continue their domination in dance.