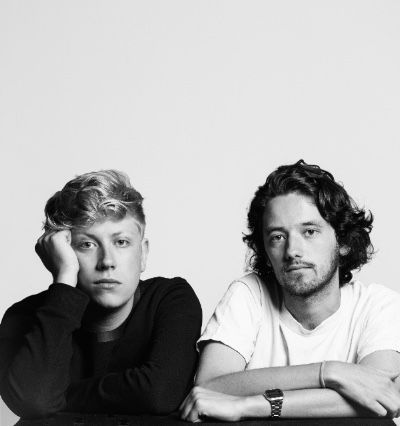 After the release of their beautiful debut EP Annunciation last year, Strange Boy return with the video for lead single Corbusier. Set in a quiet and bleak seaside town, a girl becomes obsessed with leaving her reality behind. She creates an oasis for herself in a forest and builds a huge tower made of trees and logs. The tower becomes something which hypnotises her and drives her mad. At the end she decides once and for all to leave, climbing the tower as far as it will go.

The video was directed by Theo Davies (Kero Kero Bonito) and, inspired by Swiss-French architect Le Corbusier, the song and video are based around the idea of creating something incredible from nothing which insidiously turns into an obsession.

The video was shot on film over three days in Snowdonia and involved building a 25 foot tower of branches which the band and crew built themselves.