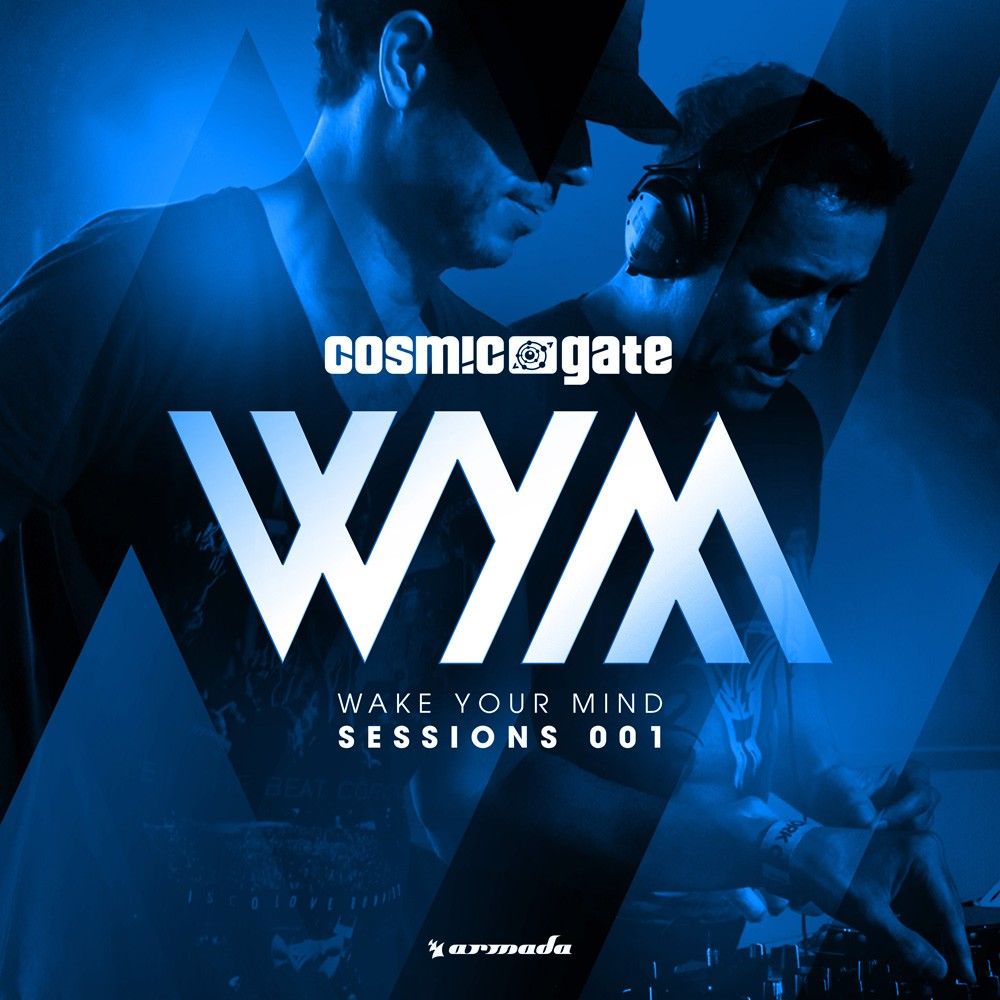 Wake Your Mind Radio, the new ‘Start To Feel’ album, a run of Beatport #1s & iTunes Top 10s, the launch of WYM Records, a coast-to-coast US Bus Tour and a trend-bucking jump up the DJ Mag Top 100… the last twelve months have been nothing but catalytic for Cosmic Gate.

As 2014, so 2015, and stage #1 of that begins today! In step with their WYM Radio show’s first 50th milestone, Nic & Bossi unveil their new mix album concept. The proverbial triple threat, ‘Wake Your Mind Sessions’ seamlessly combines the highlights of their DJ sets and the WYM-Radio show and new music premiere platform as one.

Over its 33 tracks you’ll find dance establishment like Above & Beyond, Gareth Emery & Arty sharing the mix with lesser-known Cosmic Gate influences like cult electronic music group GusGus. Future-heroes are in no short supply, with audio from ilan Bluestone, Genix, LTN, Steve Brian, Ost & Meyer, to name but a handful.

Also debuting exclusively on the first ‘Sessions’ are new tracks from the guys themselves like ‘Yai (Here We Go Again)’, JES’s vocal expansion of Cosmic Gate’s ‘Yai’, Nic Chagall’s ‘This Time’ and Steve Brian’s upcoming rewire of ‘Happyness’. There’s also multi-genre remix work from the likes of Maceo Plex, Jerome Isma-Ae, Alexander Popov, Andrew Bennett and a host of others.

The best-of-the-best from their radio show, the ‘Start To Feel’ album & tours and the Wake You Mind Records label… it’s all enshrined here, on ‘WYM Sessions001’!

“A ‘360°’ of what we do” says Nic Chagall. “That’s the aim for these releases. Going forward, we feel that ‘WYM Sessions’ are going to be the centre-point of mixes we’ll put together throughout the year. As such, they’re the ones that must reflect, most explicitly, everything that Wake Your Mind Radio, WYM Records, Start To Feel and naturally Cosmic Gate stands for.

Bossi continues: “The selection process for this album is tough. We started with the mind-set that no track – whether it be ours or another artist’s – should be ‘a cert’ for a ‘Sessions’ tracklist. Only through this rigorous selection approach do we feel we can achieve that goal of bringing a definitive all-round encapsulation.

Arty vs. Cosmic Gate’s ‘Flashback Of Conflict’ mash-up, Above & Beyond’s ‘Sticky Fingers’ and ‘This Time’ – Nic Chagall’s much-anticipated solo return – charge the opening of the second disc. A run of Start To Feel tour and radio-wave faves including ‘Fair Game’, ‘Falling Back’, ‘Telefunken’ & ‘So Get Up’ follow, white-hot on their heels. The first ‘Wake Your Mind Sessions’ culminates with the Alexander Popov’s clubby fortification of LTN’s ‘Feeling like Yeah’, Axis’s transcendently progressive ‘Lush’ and Super8 & Tab’s vocal anthem ‘No Frontiers’.

Blending the new and the now, with zero distortion, and for maximum encapsulation, ‘Sessions 001’ delivers a pair of infectiously mixed, creatively compiled discs. Straight from the heart of the Gate, this is music that CG fans will be coming back to for years to come!

So Wake Your Mind and Start To Feel!

Premiered by Armin van Buuren as his Tune of the Week on A State Of Trance 698, ‘Yai (Here We Go Again)’s already found deck support from Above & Beyond, Markus Schulz, W&W and many more.