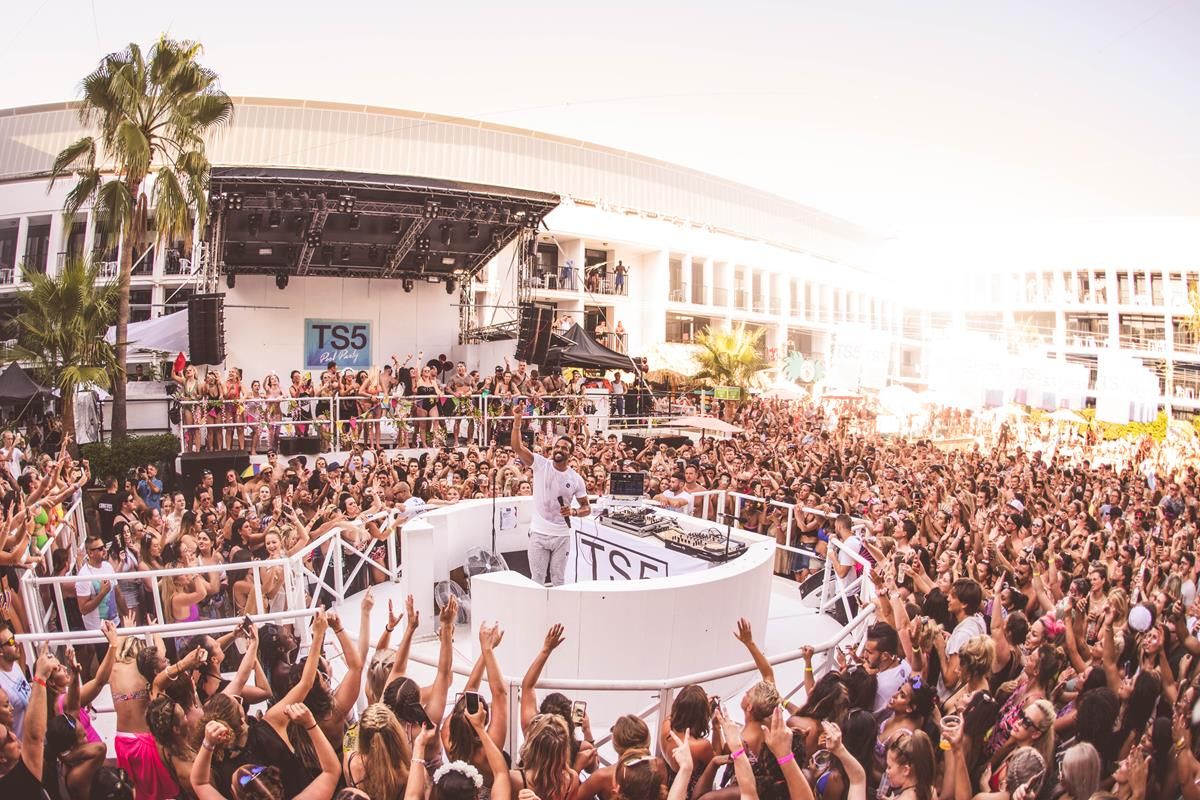 For the past two summers platinum album-selling superstar Craig David has quite simply smashed it with his consistently sold–out ‘TS5 Pool Party’ residency at Ibiza Rocks Hotel. The main man is coming back to the home of the pool party in Ibiza to score the ultimate hat trick with an extended twelve-week TS5 Pool Party residency, every Tuesday from 10h July to 25th September.

From booking Craig David for his first Ibiza TS5 Pool Party residency back in 2016, Ibiza Rocks is proud to have played a part in the glorious revival of one of the UK’s finest talents. A sold out 8-week residency was followed by his No.1 album ‘Following My Intuition’ almost sixteen years since his No.1 debut album ‘Born to Do It’ changed his life. With global demand for his live shows, a seminal headline set at Glastonbury, a sold-out tour including dates at the O2 Arena, smash hit singles, multiple award wins and a second sold out 10-week TS5 Pool Party residency at Ibiza Rocks Hotel, 2017 has been nothing short of monumental for Craig David.

Craig David said: ‘I'm so excited to tell you that after my AMAZING summer at Ibiza Rocks Hotel this year, I'm returning next year for another residency ?????? . It's about to go OFF ???"

Jordan Hallpike, Director of Talent & Programming, Ibiza Rocks said: “There’s a lot of love between Craig David and Ibiza Rocks.  We gave him his exclusive TS5 Ibiza residency two years ago and he has given us some of our most successful events in over a decade and firmly helped put Ibiza Rocks Hotel on the map as the home of the pool party in Ibiza. Craig brings an infectious presence, party vibe and incredible energy to the stage.  That kind of rare intimacy from an international superstar is what makes TS5 at Ibiza Rocks Hotel so special and we’re proud to be bringing him back for an unmissable 12-week residency in 2018.”

With 2018 shaping up to be another spectacular year for Craig David, the title of his forthcoming seventh studio album ‘The Time is Now’ could not be more apt. The album is available to pre-order before its release on 26th January 2018 – http://smarturl.it/CDTheTimeIsNowDLX and Craig’s new single ‘Heartline’ is out now –http://smarturl.it/HEARTLINE.

Sign up to be the first to know more about Craig David’s TS5 Pool Party residency at Ibiza Rocks Hotel every Tuesday from 10th July to 25th September –  www.ibizarocks.com/hotel/events/ts5-tickets/

Book direct with Ibiza Rocks for the best prices guaranteed – up to 15% cheaper than other booking agents. TS5 hotel and ticket packages from £28 per person per night.