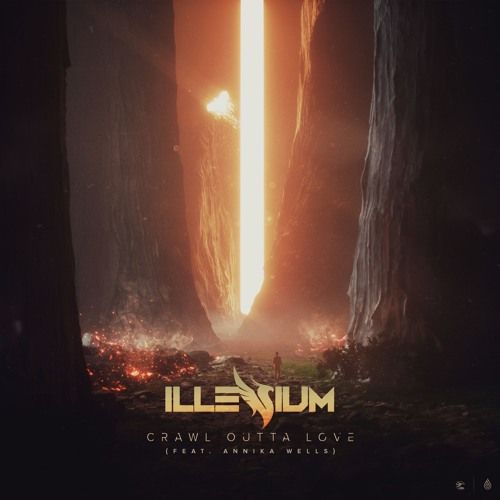 Fresh off the release of his hard-hitting collaboration with Zeds Dead ‘Where The Wild Things Are’, Illenium is back with ‘Crawl Outta Love’, the final single before the release of his sophomore album ‘AWAKE’. Alongside the single, the Denver based producer has announced the pre-order and track list for ‘AWAKE’, which will feature Ember Island, MAX, and Said The Sky, not to mention Grammy award winner Daya on Miller’s previously released collaboration with Gryffin, ‘Feel Good’.

With Phase One of Miller’s ‘AWAKE’ Tour announced last month, not to mention a fully SOLD OUT 4 show string of dates in Texas, and performances at Bonnaroo, Firefly, EDC, and Electric Forest, the summer of 2017 has been one to remember for the young producer. Setting his sights on his sophomore album, ‘AWAKE’ is now available for pre-order, and will feature 13 tracks. The album contains 3 previously released cuts, ‘Fractures ft. Nevve’, ‘Sound of Walking Away’, and ‘Feel Good ft. Daya’ all of which have combined for a staggering 100,000,000 streams across platforms. With today’s release of ‘Crawl Outta Love’, fans will be greeted with 9 unreleased tracks come September 21. Featuring vocalist from Dia Frampton (star from the 2011 season of The Voice) to RUNN, the full album tracklist can be viewed below.

Just over a month after the release of the album in September, Illenium will head out on his headlining ‘AWAKE’ tour. With Phase One already released, and Phase Two set to announce later this summer, fans can purchase tickets to see Nick Miller live across the country here. Tickets are moving incredibly fast, with Miller selling out his hometown of San Francisco in a matter of hours! Stay up to date with Illenium via his socials, and check out the full list of Phase One dates below.