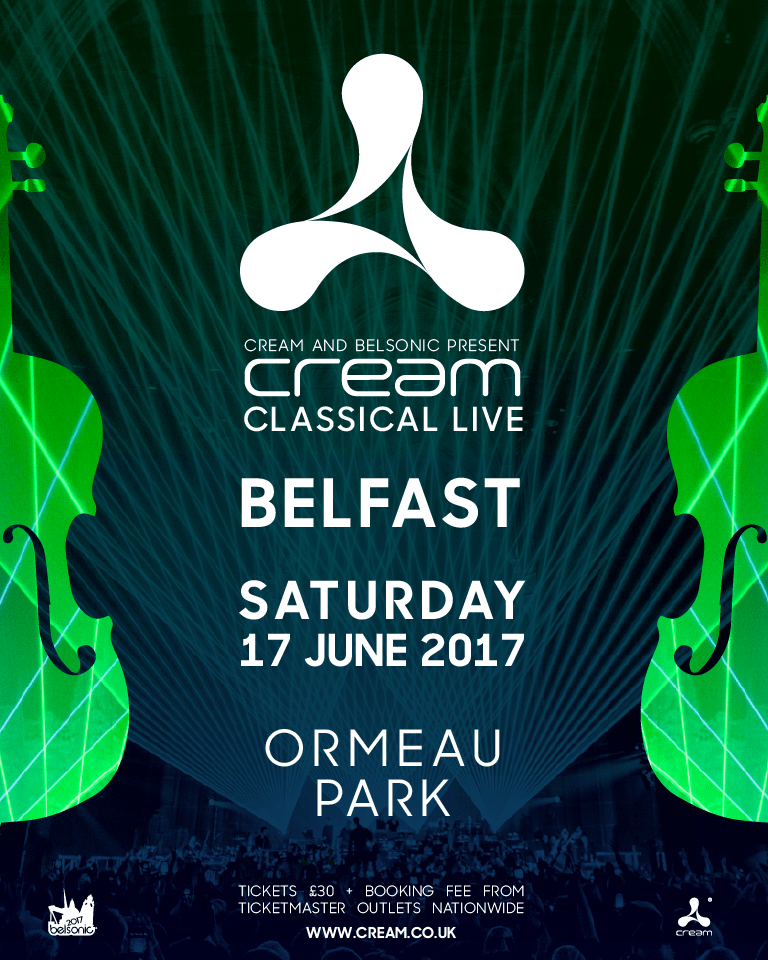 Global clubbing institution Cream bring their critically acclaimed Cream Classical Live show to Northern Ireland on Saturday 17th June 2017, taking over Belfast’s Ormeau Park for what is set to one of the hottest tickets in the event calendar.

Having staged events across Ireland over the last two decades from club tours to Creamfields, this unique concert will be like no other, as Cream’s 50 piece Philharmonic Orchestra comes together to perform classical arrangements of some of the biggest tracks from the last twenty years from one of the world’s most iconic clubs, joined on stage by an array of guest vocalists and performances.

Having a series of sold out shows in England already under their belt, Cream Classical Live – Belfast will be taking it to the next level, staged for the first time in an outdoor setting this will also be their biggest show to date with 15,000 fans expected.

Dance duo and former Cream residents K-Klass, who have carefully curated the soundtrack will see their selection orchestrally come to life with symphony orchestra under the guidance of acclaimed conductor and arranger Tim Crooks, commenting ahead of the event he said: "I'm excited to be taking this orchestral show to Belfast, a city I know and love – and looking forward to the reaction of the audience to this epic production!"

The Picturesque Ormeau Park is the perfect setting for this hugely ambitious night of dance music classics, celebrating the soundtrack to the dance music generation.