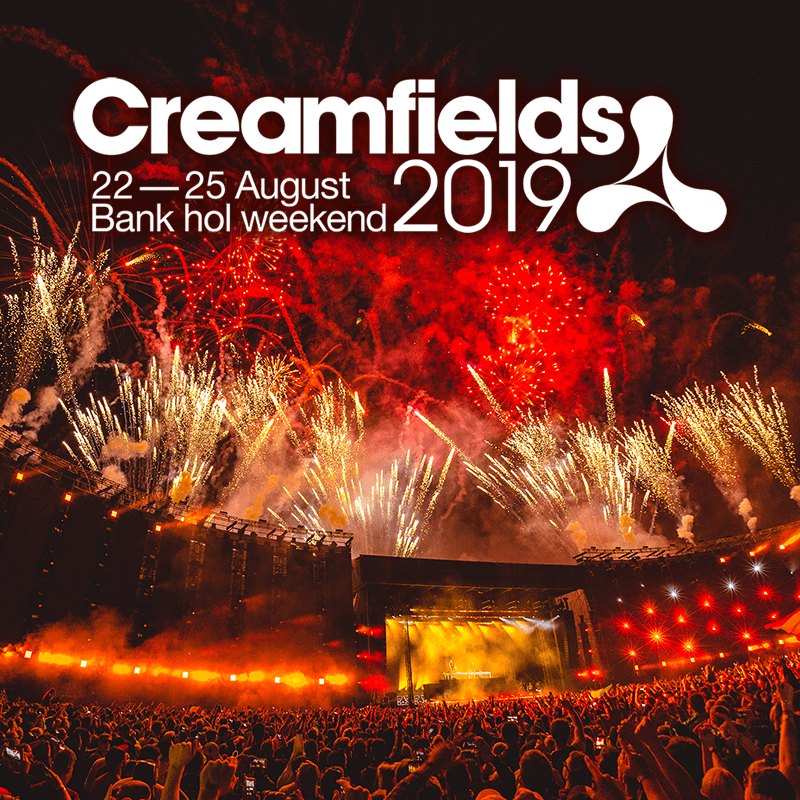 As the dust settles on this year’s festival season, one of the biggest was undoubtedly Creamfields which saw over 300 electronic acts perform across the August Bank Holiday weekend, attracting an audience of 70,000 plus over 7 million people tuning in from around the world to watch the live stream which featured performances from the likes of Carl Cox, The Chainsmokers, Axwell & Ingrosso, Major Lazer, Tiësto, Fatboy Slim, Pete Tong, Annie Mac, Dimitri Vegas & Like Mike, Sigma, Hardwell, Alan Fitzpatrick, Camelphat, Hot Since 82, Kaleidoscope Orchestra, Nicole Moudaber and Solardo to name a few.

But don’t fret as plans are already underway for next year, which will see the 4-day dance festival return to Cheshire, UK on Thursday 22nd – Sunday 25th August 2019. As one of the world’s leading dance music festivals there are few who do it better than Creamfields, fans can expect another mouth-watering line up featuring an array of exclusive performances along with mind blowing stages and production, something this festival is renowned for! So if you want to be part of the biggest dance party of the year grab your tickets now.