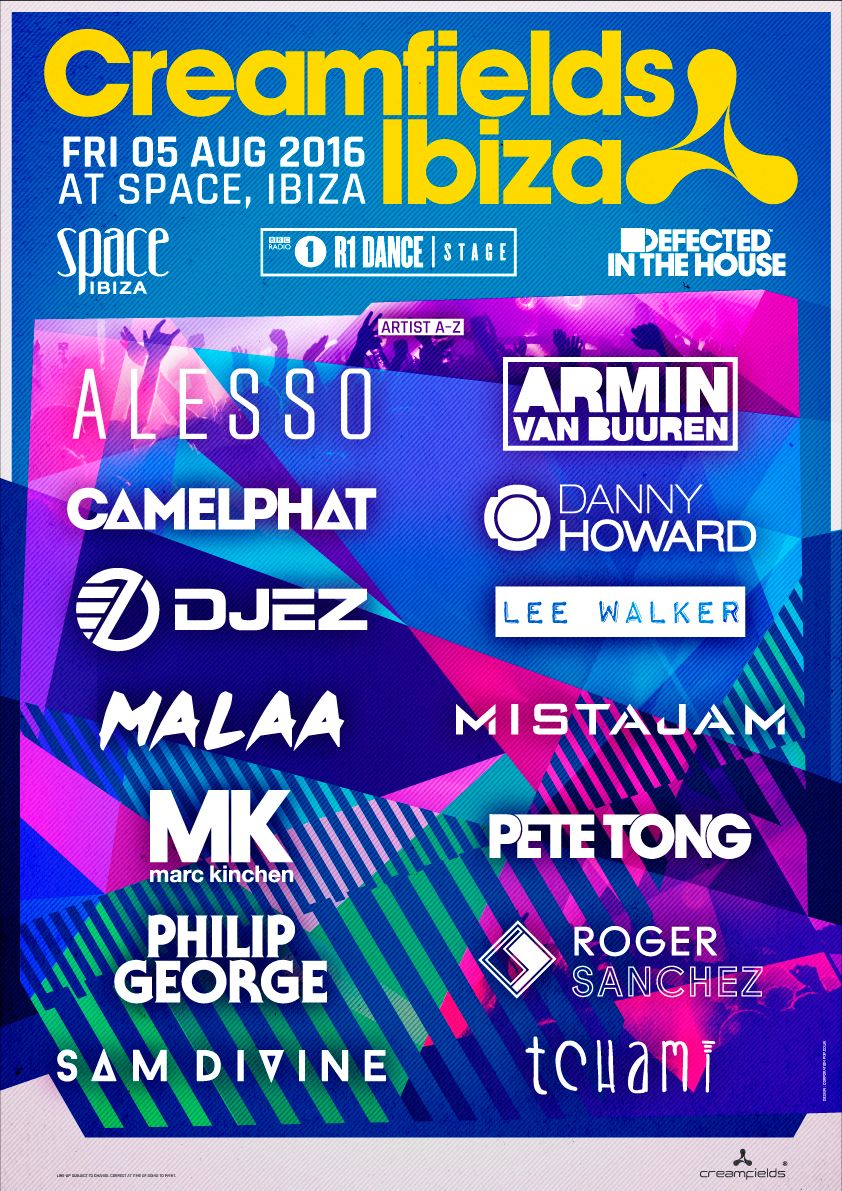 Last year marked a new era for Ibiza as the island hosted its first ever electronic music festival – Creamfields and we are pleased to announce its return on Friday 5th August,  during BBC Radio 1’s Ibiza weekend this year’s 10 hour party-thon will be taking over the legendary Space venue.

With Space closing this year it’s a fitting location for what is set to be an unforgettable summer send off for one of the world’s most iconic clubs and will see Cream return to its original Ibiza home, having staged its first ever show there back in ’94.

This event is expected to sell out, so please purchase advance tickets to avoid disappointment.  Tickets on sale now.

*Line up in alphabetical order