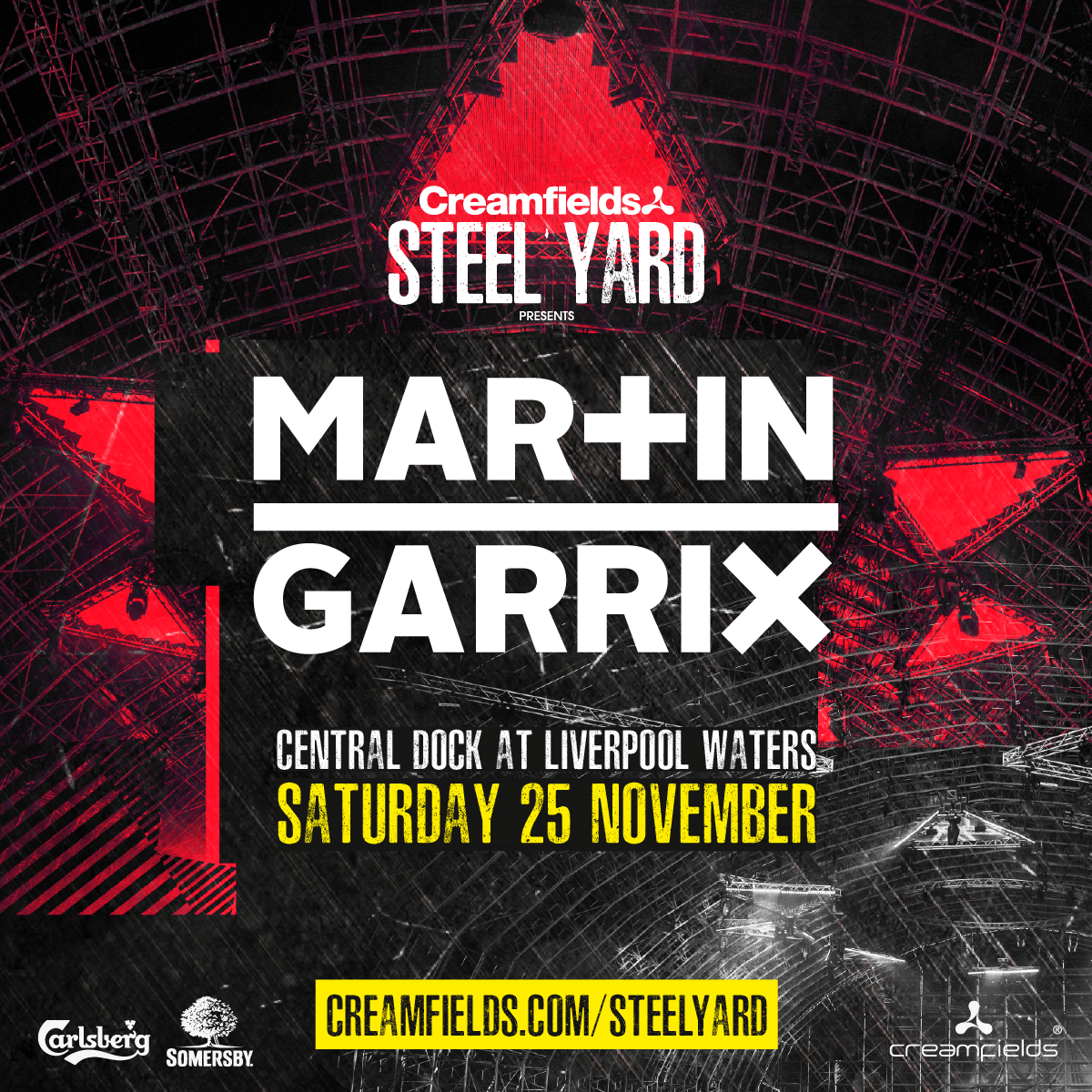 Following the overwhelming success of this year’s Creamfields, where a sell-out crowd of 70,000 flocked to Cheshire to attend one of the biggest festivals of the summer and witness some of the world’s biggest electronic artists perform, the team behind the award winning festival are pleased to announce the return of the Steel Yard to Liverpool waterfront for a series of 3 shows in November.

Dance fans don’t have long to wait to see two of this year’s festival headliners return to the UK to host two very special 10 hour dance events across two weekends on Liverpool’s waterfront. Saturday 18th November will see Armin van Buuren showcase A State of Trance, bringing with him a renowned stable of acts from the trance family and Saturday 25th November will see another Creamfields headliner return Martin Garrix.

The Steel Yard superstructure which was designed and created exclusively for Creamfields in 2016 and the largest of its kind in Europe has captured the imagination of electronic music fans around the world and the 24 hour sell-out success of the Steel Yard series of shows which has so far been staged in Liverpool and London is set to continue. More acts and entertainment to be announced.