Creche London is back! 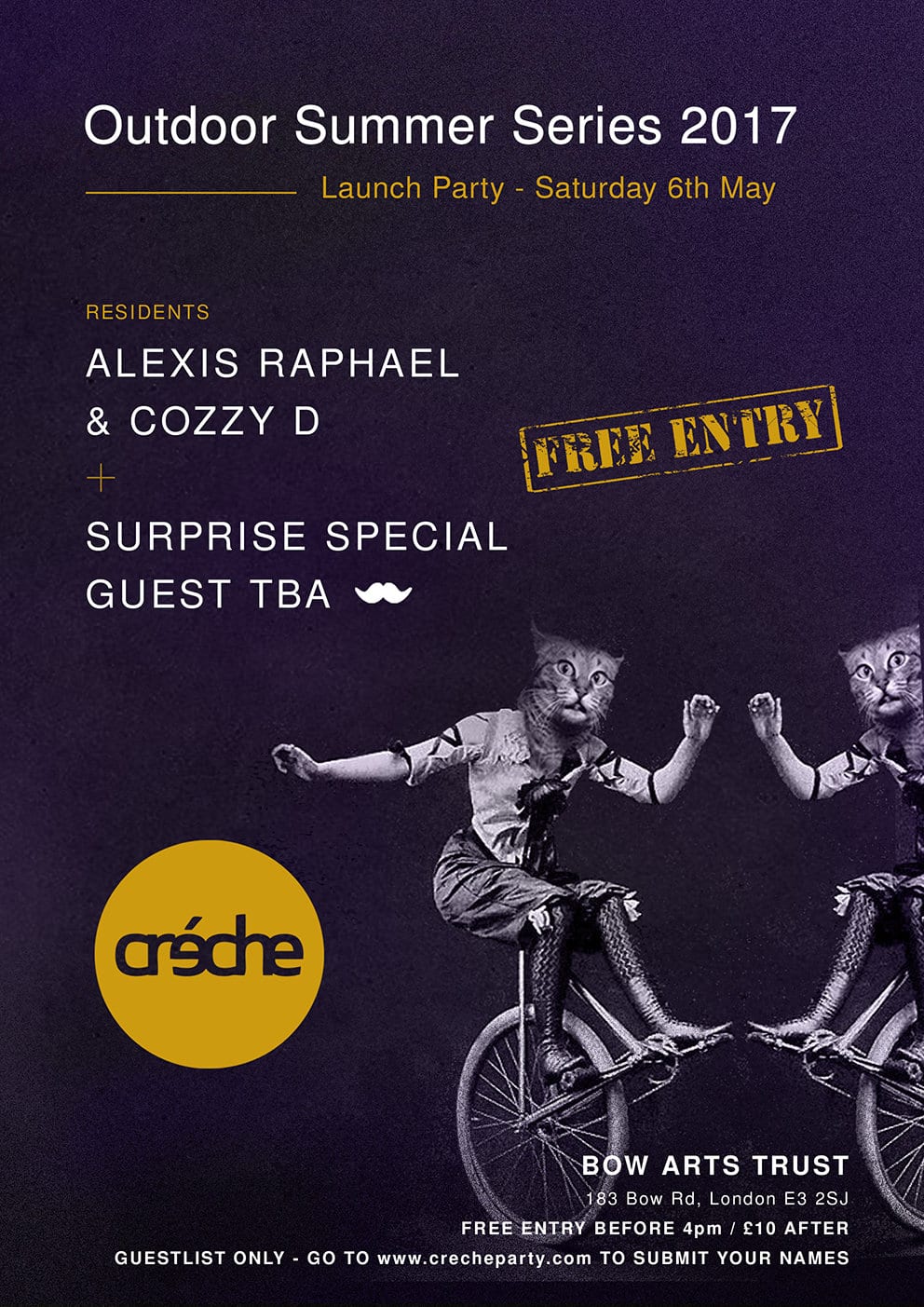 Creche London is back!

Launching in 2010. Creche quickly became the capital’s leading underground party series, throwing roadblock events at a plethora of the capital’s premier venues. By 2011 Creche was the hottest ticket in town, with founders Alexis Raphael and Cozzy D selling out Ministry of Sound three months in advance for their now legendary Sunday day-time party, where Kerri Chandler and Jamie Jones came together for the first time, smashing out an electrifying set that will forever be remembered as a highlight of the capital’s thriving day party scene. From then on Creche played host to the hottest names on the scene with the likes of Maceo Plex, Dusky, Dixon, and many other seminal underground artists passing through their sell out parties.

After several years’ hiatus, the guys are back for a series of daytime events throughout summer 2017. This time in a never before used East London space, with outdoor courtyard stage and blistering line ups – including several soon to be announced headliners, set to cause a huge impact and reignite London’s daytime party scene.

Launching on Saturday 6th May, the original Creche spirit is kept alive with a free event, featuring sets from Alexis and Cozzy plus a further headliner announced on the day. Head to the official Creche website to sign up for free guest list.

GUESTLIST ONLY EVENT GO TO
www.crecheparty.com
TO REGISTER FOR LIST