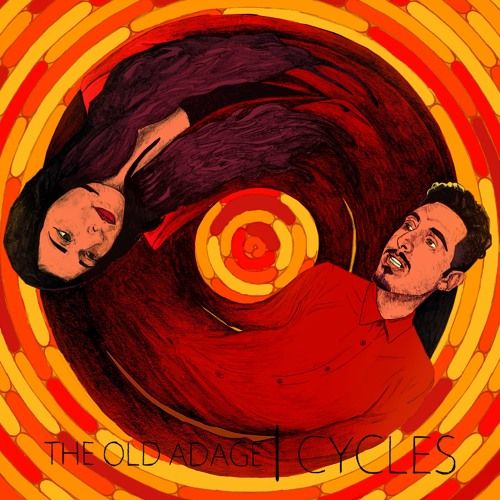 Electro-Pop sibling duo The Old Adage have released their debut LP Cycles today, after a pre-release stream was made available yesterday via Idobi Radio. Cycles is a true DIY release, produced/engineered at the band's own studio, Little Butter Records, and released by the band themselves.

On the meaning of the album, the band said, "Cycles is what life means to us in a sense, because everything is a cycle. We are all in them. We are all going through similar re-occurring experiences, and are all in the cycle of whatever is happening here. We are so much more a like then not and we need to work together to progress. That is the truth."

ABOUT THE OLD ADAGE:

The Old Adage is a Brother & Sister duo founded in March of 2012, front by Mimi and Nino Chavez. They released their first demo The 'T.O.A.D.' in November of 2012. The TOAD consisted of acoustic rock original pieces. Again, the group would be evolving, this time to an "Electric feel" with synthesizer/drum machine based songs. Co-writers & Composers (Chavez's), recorded, produced and mixed their first 'Official' release 'MATCHES E.P.' released August 1, 2014. The now "duo" released new single "Red" August 28, 2015. Recorded, produced, and mixed at their new (soon to be Public) Studio in Monroe, MI. "Little Butter Records". The duo has toured Midwest U.S.A., played a number of concerts held in New York City, and have shared the stage with mention-able acts such as Hawthorne Heights, Vinyl Theatre, Benjamin Francis Leftwich, The Soil & the Sun, & Stepdad. Nearing 2016 the duo spent months at Little Butter Recording their Debut Album "Cycles". The album consists of 10 Alt-Pop pieces the Chavez's have also recorded, produced, and mixed, and was released April 01, 2016.