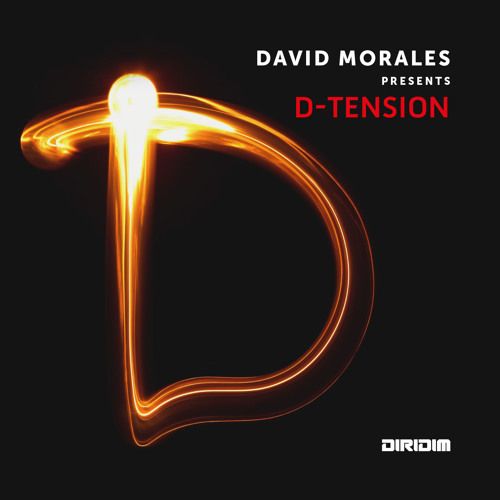 David Morales returns in 2019 with ‘D-Tension’ on DIRIDIM Records. Available now, ‘D-Tension’ (Red Zone Mix) is approx. 8 minutes of underground house music from one of the world’s greatest electronic music producers. ‘D-Tension’ is the first in a series of releases from David forthcoming in 2019; this eagerly awaited non-vocal track is also available as a ‘Red Zone Edit’.

What’s in the name? Between 1989 and 1992, Morales held a storied residency at a legendary New York club on West 54th Street, where he explored a more underground, experimental side to his sound: the Red Zone. The Red Zone was New York’s hottest club at the time, powered by a Lew Feldman sound system that would ring out well into the late-night hours. Alongside the likes of Frankie Knuckles and Dimitri from Deee-lite (as well as live performers such as Grace Jones, Technotronic, and many others), Morales was a much-loved resident, spinning eight-hour sets on vinyl and reel-to-reel tapes.

At the Red Zone the focus was on rhythms taken from the break of a song, equivalent to B-side dub mixes. He honed a very particular style, something nobody else in the US was playing at that time; and, if you wanted to hear trippy, progressive, dark and techy grooves, you went to the Red Zone on a Morales’ night. It’s with these nights in mind that David started the Red Zone Project volumes, the first of which came out on Def Mix and Rekids. This renewed interest in the sound and era of the Red Zone, together with David’s new labelDIRIDIM and a move to Europe, have inspired Morales to recreate the feeling of those NYC nights. Two more volumes of these hypnotising, stripped-down grooves came out on Def Mix, and a fourth on DIRIDIM.

Now ‘D-Tension’ (Red Zone Mix) brings that sound into a new year, and at a time when house music is once again forming the soundtrack for a new generation of clubbers and dance music fans. With a career that spans four decades, David Morales has a rare vantage point on electronic music, and a deep love for the culture that’s kept him at the forefront of international dance music. Forthcoming shows include a sell-out event at Manchester’s Victoria Warehouse, Avant Gardner in New York (22/3), a special 5-hour back to back set at WMC with Louie Vega (26/3), and A Night In Paradise at London’s Ministry of Sound (30/3). David has also been chosen as the conference keynote interview and official party headliner for Brighton Music Conference in April, and to play a headline set at IMS’ Dalt Villa event in May.