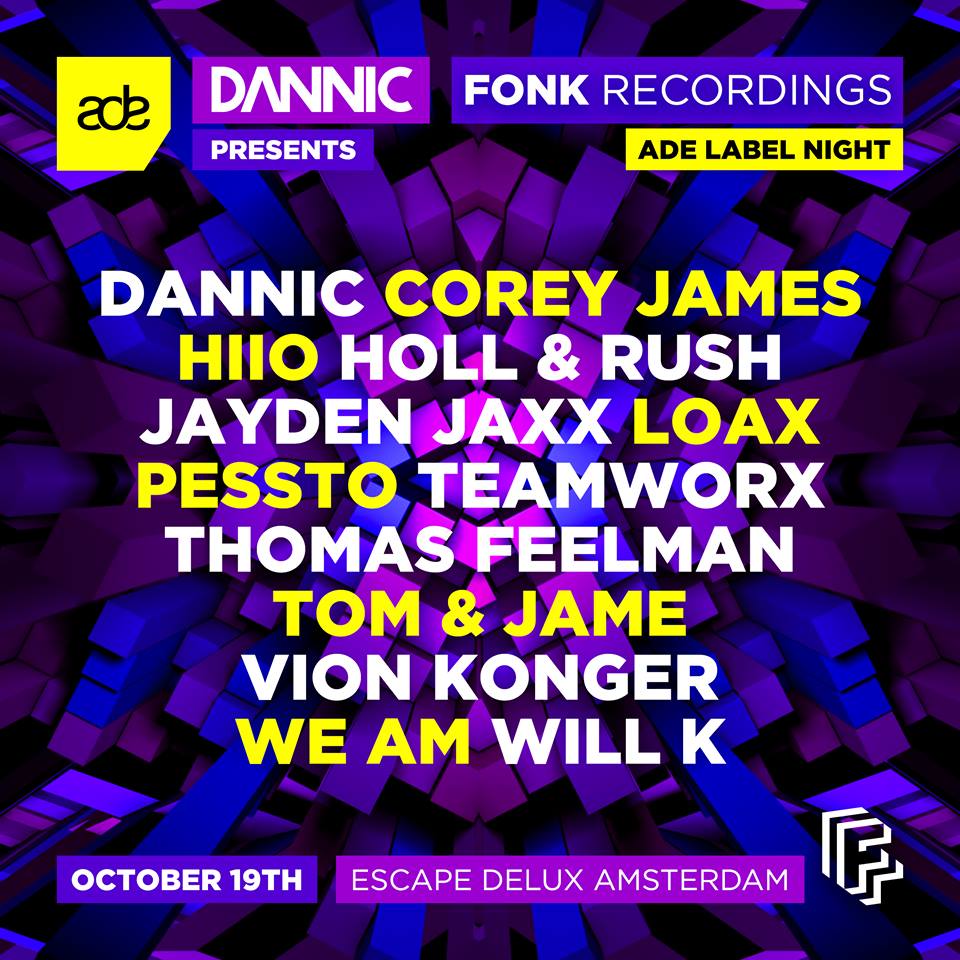 Since exploding onto the scene, Dutch superstar Dannic quickly rose to the top of the EDM scene, thanks to mesmerizing records including: ‘Radical’, ‘Survivors’ and ‘Dear Life’ – it’s no wonder his is currently ranked #26 in the DJMag Top 100 DJs poll. Collaborating with friends like Hardwell and Dyro along the way, Dannic’s skills in the studio and behind the decks have seen him perform at many of the world’s biggest clubs and festivals such as Tomorrowland, Ultra Music Festival, Creamfields, Ushuaia and Space Ibiza amongst others – feats that many aspiring artists dream of achieving.

The next part of Dannic’s ever-rising journey has seen him start up his very own imprint – Fonk Recordings. Established as a platform for Dannic to showcase his very own productions and creativity, as well as giving upcoming artists an opportunity to release their own music, Fonk Recordings has already become one of the scene’s most respected labels, boasting an impressive roster of talents which includes Holl & Rush, Tom & Jame, Amersy, HIIO, M35, Vion Konger and label boss Dannic amongst others.

With Amsterdam Dance Event fast approaching, Dannic and the Fonk Recordings’ team have announced their very own label night, which will showcase the imprint’s hottest talents. Performing on the night are Dannic, Tom & Jame, Holl & Rush, HIIO, Will K, Corey James, WE AM, Pessto & Vion Konger, Loax & Jayden Jaxx and Thomas Feelman & Teamwork, which will be held at the legendary Escape deLux venue in Amsterdam on Wednesday 19th October. Tickets are available now so be sure to grab yours now as Dannic Presents: Fonk Recordings is set to be one of the most talked about events of ADE.