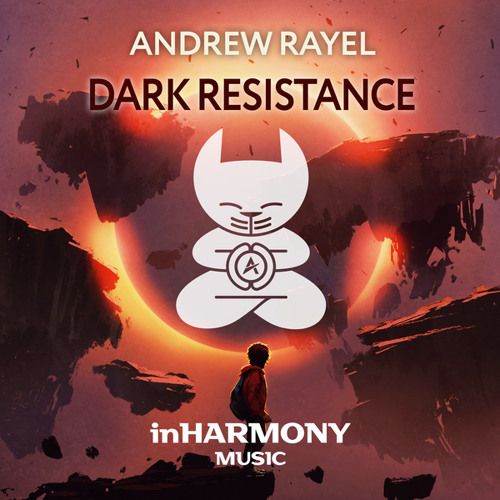 Cosmic. Hurtling. Enigmatic. Like the mysterious yet critically important dark matter of the cosmos and the even more outlandish dark energy, Andrew Rayel’s music has an inexplicable pull on all who perceive it. Andrew Rayel’s “Dark Resistance” (inHarmony Music) is out now.

The Radio Edit evokes an army of galloping horses with its formidable beat. As the ground shakes, the bassline rumbles and quakes under the weight of sonic Spartans set off to do battle. The minor-key of this track suspends tension in the air as the mood conjures visions of riding out into the dark night. Imagine mysterious, ebony-colored horses, their manes of fury ablaze against a black night sky. Like wild forest-fires of the mind, the horns are insistent and commanding. The energy builds as Rayel drives the beat forward. “Dark Resistance” is a triumph of will and a victory for music-lovers throughout the galaxy. The Original Mix adds militant drums to the intro, but it’s the propulsive rhythm that lends the track its weight. With “Dark Resistance,” Andrew Rayel seems to be telling listeners, “Get up! Let’s go! It’s time to move out!” It becomes physically impossible to lay back and relax if this track is being played, such is its careening momentum.

“Dark Resistance” is a joy-ride of a tune with a sinister twist.