Dave Clarke gearing up to host new stage at Tomorrowland 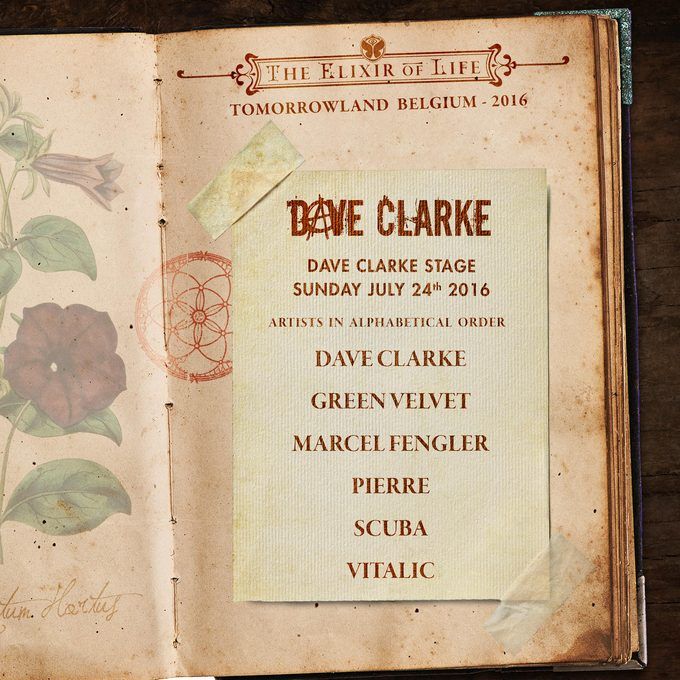 Dave Clarke gearing up to host new stage at Tomorrowland

Dave Clarke is gearing up to take charge of a brand new stage at Tomorrowland on Sunday 24TH July. Based on an arch the new stage will mark Dave’s fifth year at the festival hosting a stage where he will once again present a broad range of cutting-edge underground dance music to the festival with something for every discerning music lover.

Joining Dave behind the decks will be five techno titans; Green Velvet, Marcel Fengler, Pierre, Scuba, Vitalic with MC Gunner back again as the master of ceremonies.

Entrusted with hosting a stage for a 5th year running, Dave Clarke will share his undying passion for techno to a sold out crowd of music fans from all over the world.

Says Dave Clarke: ”As ever, thoroughly thrilled to be invited back to the worlds most successful dance festival and be given a stage to programme, a complete honour”

Tomorrowland 2016 will take place at take place in Boom from 22 – 24 July and this years theme is the Elixir of Life. More info here: http://www.tomorrowland.com/

As a talented DJ and producer Dave Clarke will continue his newfound love for making music, gather air miles by the gallon and preach his vision on techno both on the decks and on the radio, whilst never forgetting the long and bumpy journey he had to undertake to get where he is now: on top of the game, respected by both fans and peers and very much relevant in today’s scene. “He might be established, but he will never be establishment”. http://www.daveclarke.com/

ABOUT TOMORROWLAND
This year over 400 artists will once again be appearing on the various colourful stages that have been constructed in the spectacular festival park De Schorre in Boom. For three whole days, 180,000 visitors will immerse themselves in a magical world.

The fairytale decor, gigantic dance valley, incredible fireworks and the best DJs in the world will provide an experience like no other. Tomorrowland 2015 will take place from 22 – 24 July. More info here: http://www.tomorrowland.com/