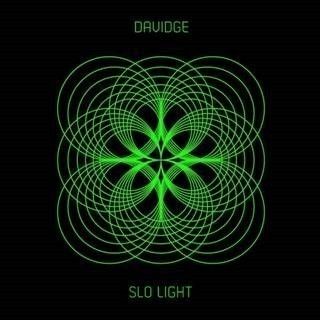 The video trailer was directed and shot by Gustavo Andrade for China Dolls Films and was co-directed and starred-in by singer and collaborator, Stephonik Youth (whose band Living Days are signed to Dave Sitek’s label Federal Prism).

An album deeply-schooled in Bristol beats, electronica, soundtracks, orchestral music and more, the ‘Slo Light’ album creates a fantasy world in which tension, darkness and beauty find the perfect equilibrium. The record is sky-high on production value with an unparalleled clarity and sonic depth typical of Davidge’s unique style and sound.

In 2004 he took the lead as score composer with Del Naja on the Luc Besson movie ‘Danny the Dog’, later renamed ‘Unleashed’ in the USA. This was followed by Davidge’s solo score for the Paul McGuigan directed ‘Push’, plus scores for ‘Bullet Boy’, ‘Battle In Seattle’ and ‘Trouble The Water’, which received an Oscar nomination for its score and won ‘Best Documentary’ at the ‘08 Sundance Film Festival.

Working with Snoop Dogg on the end title track, Neil scored the music for ‘In Prison My Whole Life’. He also provided additional music to the Warner Brothers blockbuster ‘Clash of the Titans’.

2012 saw the release of the Halo 4 OST, which Davidge composed, arranged and produced. The critically-acclaimed soundtrack went on to set the official record as the highest-charting video game soundtrack ever, having reached #50 in the Billboard Chart, #10 in the Independent Album Billboard chart and #3 the National Soundtrack Chart.

Following years of industry respect and renown, ‘Slo Light’ is primed to be the record that brings Davidge to the ears and minds of discerning music lovers, as a figure of talent and vision, who’ll appeal to fans of sound-exploring producer/artists like Brian Eno, Trent Reznor, Moby and William Orbit.

Designed by Stephen Kitchen, the ‘Slo Light’ album inner sleeves features geometric shapes that are individual aesthetic interpretations of each track, and the cover art is a phosphorescent design of a similar nature. The album will be released in the following formats: