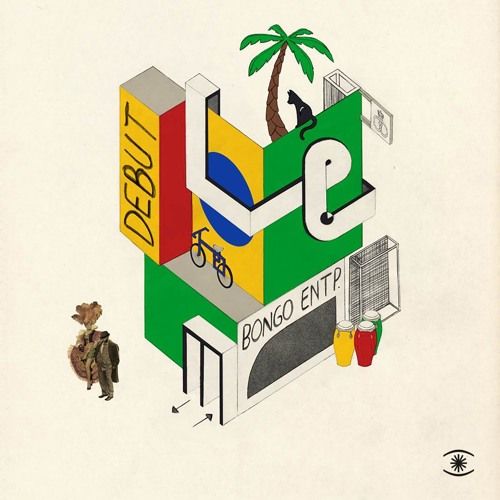 Music For Dreams is releasing a  new album from Bongo Entp. entitled ‘Debut’ on Friday 27th May 2016. Featuring the label’s Balearic and eclectic vision, Bongo Entp. deliver a chilled summer release to inspire picnics in the park and poolside chilling.

Written and recorded in artist Jacob Andersen’s house in Granada, Andalucía, the fundamental idea behind Bongo Entp. is for Jacob to compose new music, where the rhythmic and percussive elements are the dominating forces. A lot of the tracks feature the creative juxtaposition of machine tight elements and free percussive grooves.

”The first single from the album ‘Foto Feita Do Avia~O’, is like the title implies, a sort of aerial view of Rio De Janeiro, which I have visited a lot in the last year. Where poverty and wealth live next door to each other and where the city and jungle melt into each other. I've played most of the instruments myself and then given the tracks to Steen Rasmussen who recorded additional keyboards and has become a major and indispensable part of the whole project. It is Steen and I singing the main theme, it's supposed to sound like when you sit and sing and compose, or when one gets a turn” says Jacob.

Jacob began playing congas aged 16 with Cristian Sivert and played on the burgeoning latin scene in Denmark in the mid 70s. He then stared the group Sneakers, which became one of the greatest Danish bands in the 80s. In 1984 Jacob, Rasmus Kærså and Jørgen Klubien started the group Danseorkesteret, writing some of the greatest dance hits in Danish history. Today he plays in The Antonelli Orchestra and produces artists and is one of the most popular session musicians in Denmark.