Defected In The House July Party 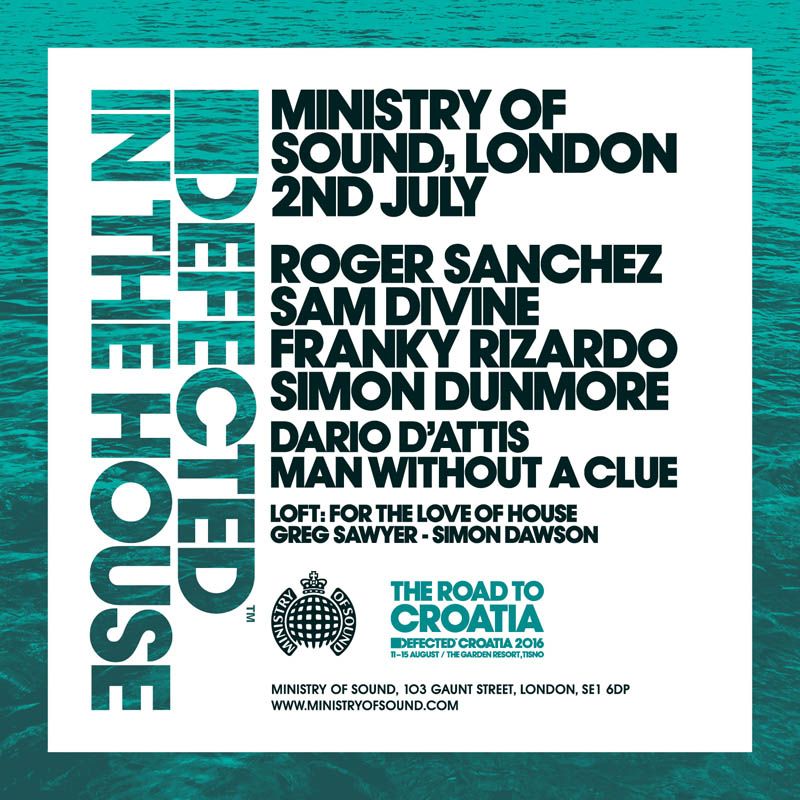 Defected In The House July Party

With just over 3 months until the Defected Croatia 2016 festival in Tisno (11-15 August), Defected In The House have announced their return to Ministry of Sound on 2nd July as part of the label’s Road To Croatia series.

This will be the last time the Defected family gathers in the UK before setting out for 5 days of house music hedonism in Croatia with 70 of the world’s most renowned DJs, and follows the road-blocked party at the club in April.

Headlining the Box on 2nd July is Roger Sanchez, fresh from the release of his Strictly Roger Sanchez compilation for Defected Records. The album is a definitive musical guide to one of the world’s greatest house music figures and, with the Box being the perfect space to hear classic house music on the world’s best soundsystem, expect to hear some of his legendary back catalogue during the night.

Completing Defected’s formidable line-up are Sam Divine, Simon Dunmore, Franky Rizardo, Dario D’Attis, and Man Without A Clue. Point Blank take control of the Baby Box – see details below – and For The Love Of House return to the Loft.