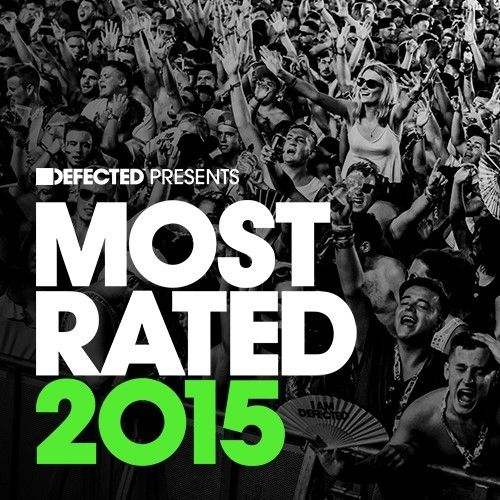 Defected presents Most Rated 2015 brings you the biggest tracks of the year, unmixed and unadulterated, including cuts from Hercules & Love Affair, Claude VonStroke, Hot Natured and The Magician.

The Most Rated series is all about bringing you the tracks you’ve been hearing on dancefloors and radio stations around the world. And with 2014 being another amazing year for house music, this latest instalment is packed with an impressive tracklist from well-established artists and prominent newcomers alike across a multitude of labels including Hot Creations, dirtybird and of course Defected.

Defected presents Most Rated 2015 features tracks from some of the biggest names in house music, including Groove Armada’s ‘Highway 101’ and a new version of a longtime Defected favorite, Bob Sinclar’s ‘Save Our Soul (Brian Tappert Re-edit)’.

Also included are Hot Since 82’s ‘Pound Your Soul (Sidney Charles Remix)’ and the unmistakable ‘Forget’ from Patrick Topping, undoubtedly one of the biggest tracks from Ibiza this year.

Defected presents Most Rated 2015 is an essential addition to any house fanatic’s collection: these are the definitive tracks from a huge year.