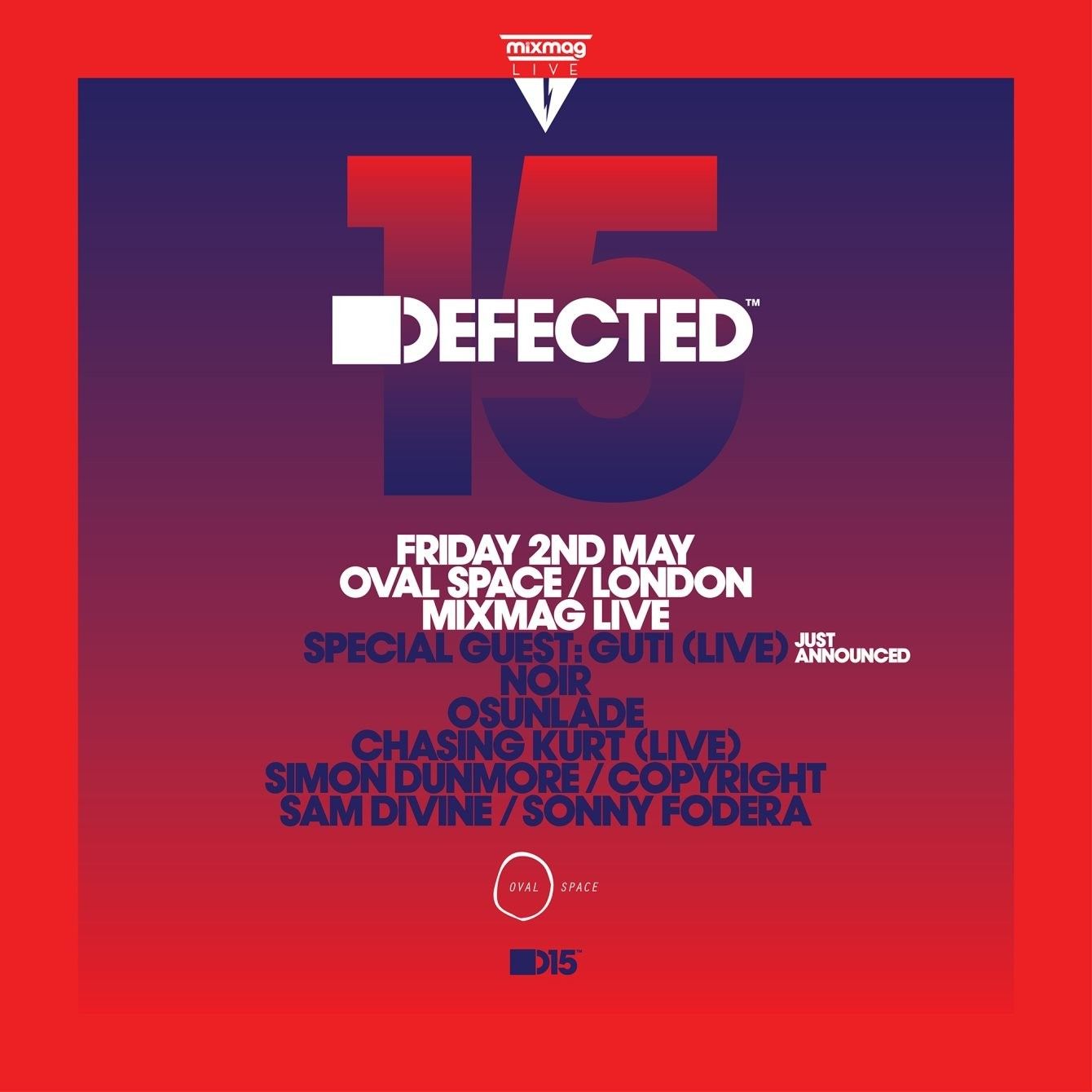 On Friday 02 May Defected In The House joins forces with Mixmag Live for the first party of the Defected15 Club Tour at London’s Oval Space.

In addition, it has just been announced that Guti will also be making a guest appearance to perform his celebrated live show.

Located next to the iconic Bethnal Green gasholders in East London, Oval Space is a truly stunning venue and promises to be the ideal space in which to kick off the Defected15 Club Tour.In addition to the party, Mixmag’s June issue (which hits the shelves 15 May) will be dedicated to 15 years of Defected.

The issue will feature an extended interview with Simon Dunmore as well as interviews with all the artists playing the event, while the covermount CD – mixed by Noir – will feature 15 defining records from Defected’s history.

The Defected15 Club Tour is series of events that aims to bring the best in house music to Defected fans around the globe. The tour – which will also take in four major festivals around the world – will see appearances from an incredible array of house talent, including Agoria, Green Velvet, Guti (Live), Huxley, krankbrother, Kenny Dope, MK, Nick Curly, Noir, Oliver $ and Second City.

Tickets for 02 May are available now from the below outlets: