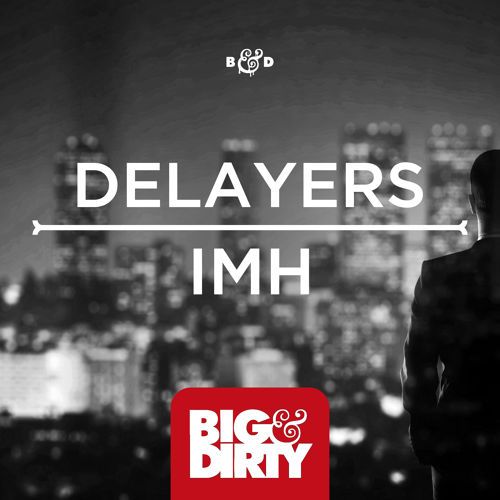 What’s the first rule in the House of Delayers? Serious beats only. Federico Bombini, John Carattoni and Luca Zucchi make up the Delayers trio; their hard-hitting progressive-electro fusion has been infiltrating ears across the globe with tracks like their remix of Nari & Milani’s ‘Atom’ in collaboration with Maurizio Gubellini. It was chosen by Nari & Milani as the official remix for the popular track, which led to a collaboration with the famous house duo alongside Tiesto, producing the incredibly catchy ‘Move to the Rhythm’. Other successful releases have been ‘Growl and Four’ on Big & Dirty and ‘In Da House’ on Cr2 Records, signifying that Delayers is officially in the game.

Delayers’ latest track, ‘IMH’ makes sure there is no misunderstanding the rules of the house. True to their signature sound, ‘IMH’ begins with a percussive, hard-hitting bassline that lingers throughout the entirety of the track. The bouncy drop will make fans of Deorro jump for joy, and accompanied by the relentless beats, this track will have the crowd moving for all five minutes. It is clear that Delayers has taken some cues from the legendary DJs they have been working with, and in all the right ways. With warmer weather and party season right around the corner, expect to hear ‘IMH’ pulsing out of speakers no matter where you’re throwing down!

Although Delayers is relatively new to the game, they are moving in quick progression toward stardom. Their recent 2015 release on Flamingo Records, entitled ‘Twister’ has reached #11 on the Beatport Progressive Charts – a significant accomplishment for any DJ. This is only the start of the Delayers takeover; with such a strong repertoire of support on labels like Musical Freedom, Flamingo, Cr2 Records, Armada and Big & Dirty, these guys will keep churning out banger after banger until they no longer have to introduce themselves.