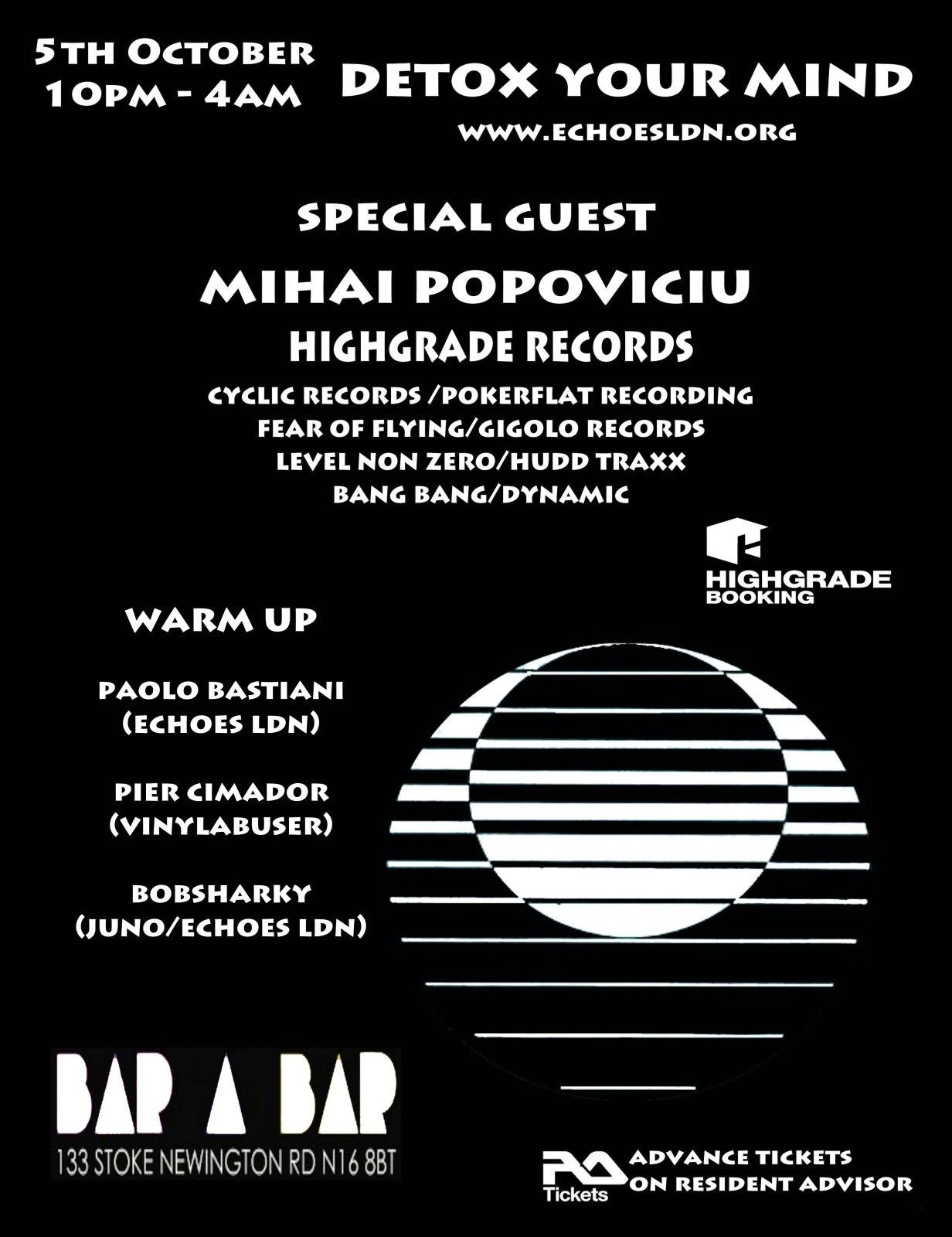 Mihai, from Sibiu in Romania, is considered one of the most innovative eastern European producers of electronic music today .

Born in Romania in 1981 was drawn to the fast-growing rave scene of the 90’, he started producing music in 2001 being influenced by the techno and house virus.

It took many years of experiments until he came up with his first vinyl release on DJ Hell’s imprint Gigolo Records in 2005 and since then he has steadily added chapters to his personal success story with solo projects and those with partners like Markus Homm or Jay Bliss.
In June 2007, his EP “First Contact” was released on Pascal Feos’ label Level Non Zero Recordings.

Mihai joined the Highgrade family, together with Markus Homm , in late 2007 and from then on the duo have had several successful releases on the Berlin based imprint like “Deaf Sniper”, “Lagoon” or “Urban Ballroom”. In 2009 the discographic activity of Mihai got very intense with releases on highly respected European labels such as Fear of Flying, Hudd Traxx, Bang Bang or Diynamic. The club hit Bis Co (produced together with Markus and Jay Bliss) was featured in all major dance charts across Europe and confirmed once again his fine producing skills. When teaming up with Jay Bliss the duo call themselves Hermannstadt Collective, a dj and producing team that has made big waves on the dance floors all over the world with tracks like “Raw Fruit”, “Thirst Day” or “Safety Match”.

Mr. Popoviciu is the kind of producer that likes to innovate and to always refine his varied sound palette surprising the audience in the best way so it’s not a big surprise that Mihai’s reputation as a DJ grew fast in the past years taking him to Europe’s most important clubs and venues such as Panorama Bar (Berlin), Fabric (London),DC10, Space (Ibiza),Propaganda (Moscow), Fabrik (Madrid), Space (Bucharest) , to mention a few of them.