DGTL returns to Barcelona with a fresh line up 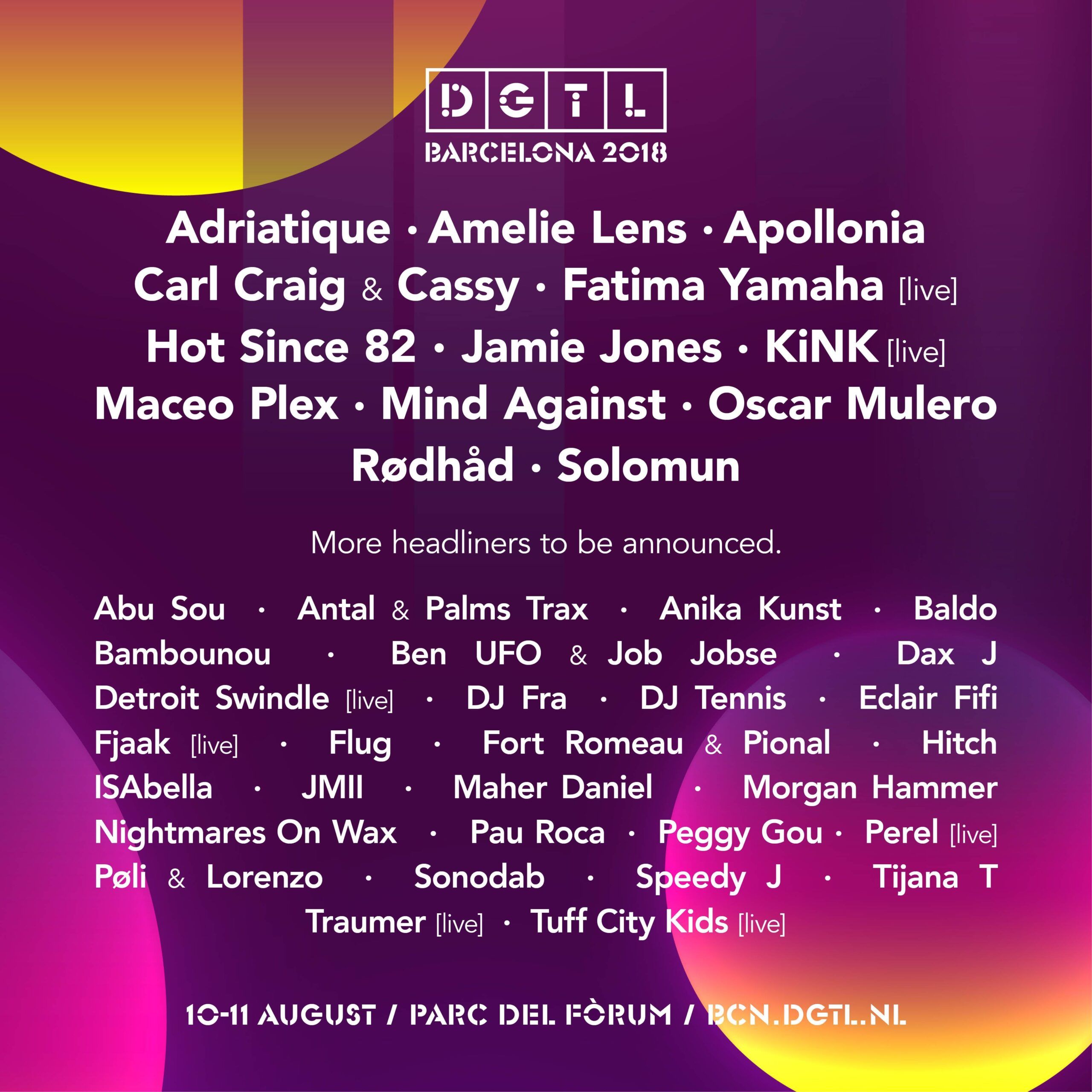 DGTL returns to Barcelona with a fresh line up

After several editions of DGTL in Spain’s most vibrant city, the Dutch organisation announces its awaited return to Parc del Fórum for the 4th time. On the 10th and 11th of August multiple stages will arise underneath the Spanish sun, giving a spot to reputable artists such as Solomun, Maceo Plex, Jamie Jones and Apollonia. DGTL stays true to their core values by also giving the stage to upcoming talents like Perel and DJ Fra.

The well thought out line up stands out in its kind with some interesting back-to-back action from the likes of Carl Craig & Cassy, Ben UFO & Job Jobse and rising star Palms Trax with upperclassman Antal. DGTL is also adding weight with cutting edge acts such as Oscar Mulero, Rødhåd and Fatima Yamaha [live]. Joining the latter with a live performance are Tuff City Kids (Gerd Janson and Lauer), Detroit Swindle, KiNK, Fjaak and Traumer. Further ranging from Adriatique’s melodic house to Speedy J’s fast-paced techno and thumping beats by Amelie Lens and Dax J, there is something for everyone’s likings.

Just like previous years there is more to DGTL than just music. Next to a stunning line up you can expect technological innovations, new sustainable ways and eye-opening art.

With this first wave of artists, they set the bar high for themselves. Raising expectations for the following announcements with several headliners still to be announced.

Tickets will go on sale on March 6 – https://bcn.dgtl.nl/en/mydgtl/tickets