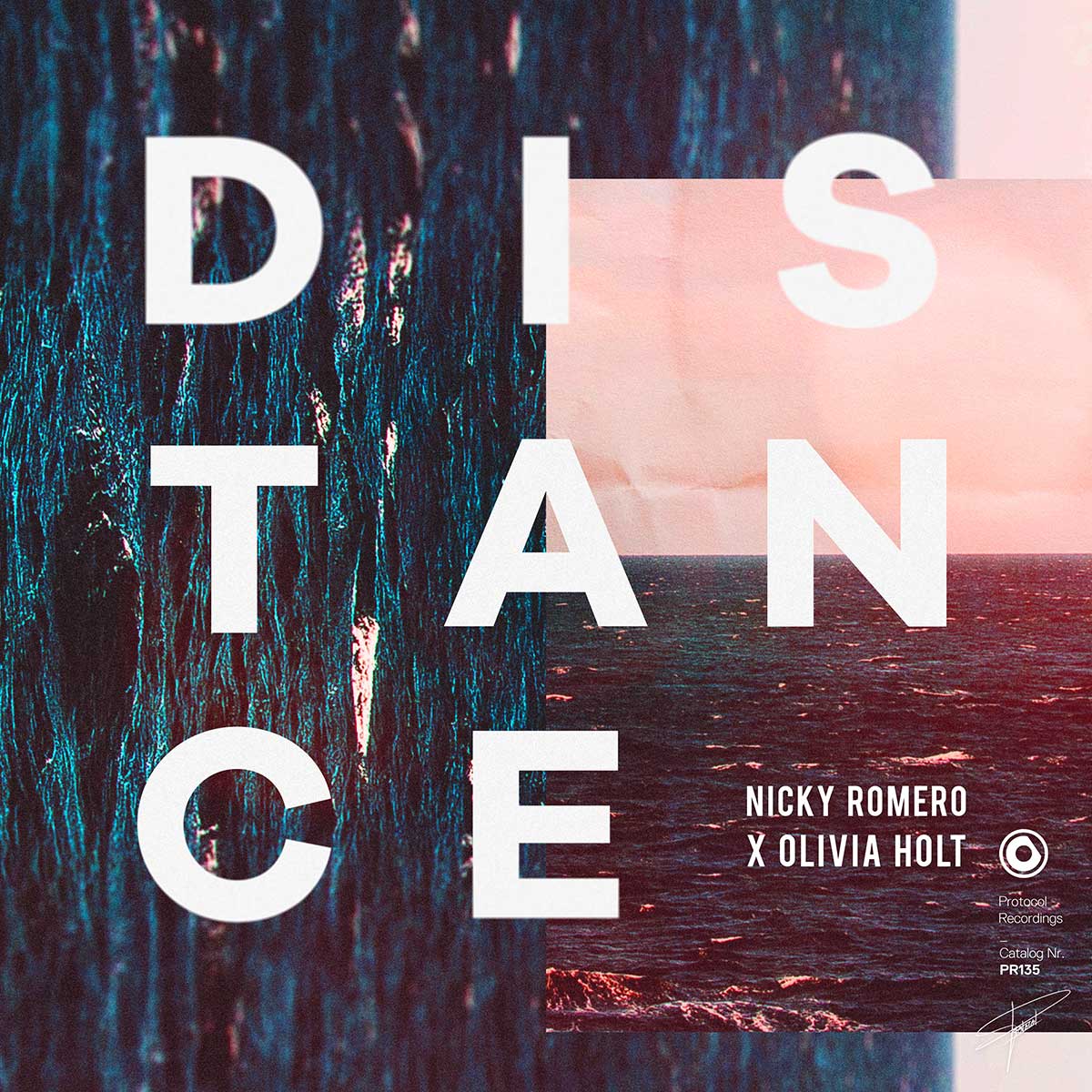 Nicky Romero kicks off 2019 on a heartfelt note with "Distance," his first single of the year featuring actress/singer Olivia Holt. Romero and Holt deliver a winning combination of organic, instrumental melodies, soft basslines and soulful vocals that make "Distance" a dance-pop crossover with major radio appeal. Known for her lead roles in Disney and Marvel movies, Olivia's powerful voice laments on the pains of emotional separation with lines like "there’s a fine line between lovers and strangers" that will hit close to home for many listeners. "Distance" is the latest in a slew of genre-breaking tracks from Romero, including "My Way" ft. Alice Berg, "Be Somebody" with Steve Aoki & Kiiara, "Me on You" with Taio Cruz as well as remixes for Jess Glynne ("Thursday") and Martin Garrix ("Dreamer" ft. Mike Yung).

In addition to the new single, Nicky is proud to announce his return home to the esteemed Hakkasan and Omnia nightclubs in Las Vegas for another year of residency. Romero expressed his feelings about the upcoming Vegas season in a message to his fans: "I couldn't be more excited to return home to Omnia and Hakkasan in 2019. The energy and fans in these clubs is unmatched and the entire team involved create such an incredible experience for the fans and artists. I'm honored to be playing along side my friends Tiesto, Zedd, Steve Aoki, Martin Garrix, Calvin Harris and the entire artist line up. These will be some of the best performances of my career and I'm looking forward to kicking it off this spring."

Nicky Romero has quickly progressed from a young musical prodigy to one of the most prolific names in modern dance music. He is not only a talented DJ and producer, but also the label mogul of Protocol Recordings and a mentor to the up-and-coming artists whose careers he helps to cultivate. Romero's resume is an impressive and lengthy string of hits includes iconic originals and collaborations with artists including Avicii, Calvin Harris, NERVO, ZEDD and more. Through the constant evolution of his sound and reinvestment in emerging artists, Nicky has proved his ability to evolve with the ever-changing landscape of electronic music. His latest releases have spanned the spectrum of electronic music, including the dance-pop gem "Be Somebody" with Steve Aokiand Kiiara, the indie-electronica track "Paradise" with Deniz Koyu and Walk off The Earth, the folk-inspired "Rise". As his counterpart on "Distance," Olivia Holt has been in high demand, from starring in the Freeform series Marvel's "Cloak and Dagger" to lending her voice to the tracks "Wrong Move" by R3HAB & THRDLIFE and "16 Steps" by Martin Jensen, while her own song "History" went Gold and has over 200M streams globally. Their new single forges new ground for both artists, setting the stage for an exciting year ahead. Follow Nicky Romero, Protocol Recordings and Olivia Holt to get first access to new music!