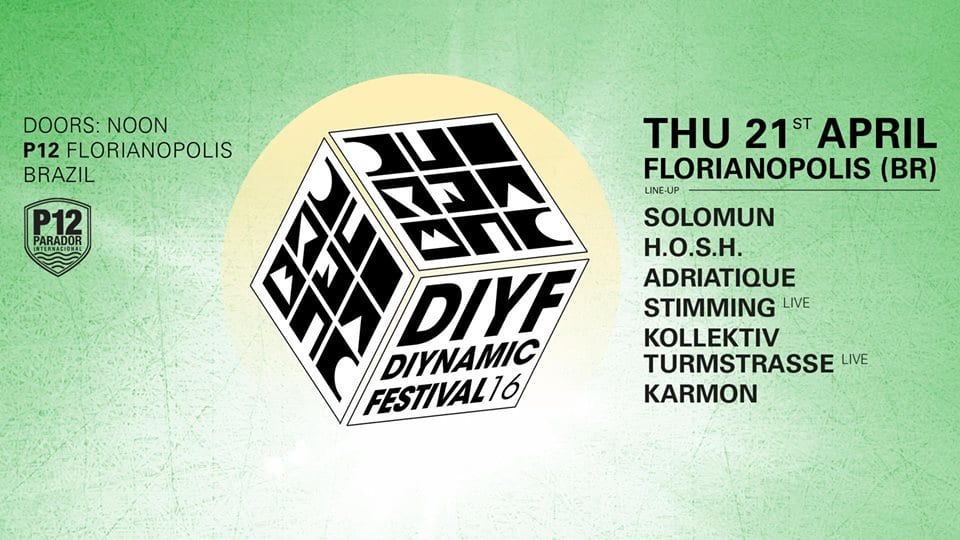 Since the early days of Diynamic, South America always welcomed the label’s artists with open arms. A long lasting relationship has been built since then, with boisterous parties and all-night-dancing as cornerstones of it all.

The next day the whole crew will travel to Itajai together, home of legendary Warung Beach Club, to hold the already traditional Diynamic Showcase there.

On Saturday, April 23rd the crew heads over to Tomorrowland Brazil to host the Diynamic Stage, now for the second year in a row.

And for the grand finale on Saturday, April 30th Solomun, H.O.S.H., Adriatique, Stimming and Karmon head over to Argentina for Diynamic Festival Buenos Aires.

The finest of Diynamic Music will return to South America:
–      Solomun, who is taking some time off touring to work on new music in the studio
–      H.O.S.H., who just released a massive remix for Australian band Rüfüs
–      Adriatique, who are about to release an EP on Cityfox and a Diynamic collab-EP with Lehar
–      Kollektiv Turmstrasse, whose “Sorry I’m Late” was Beatport’s most selling track 2015
–      Stimming, who’s releasing his 4th album in April
–      Karmon, who locked himself into his studio for the last weeks to work on some new material