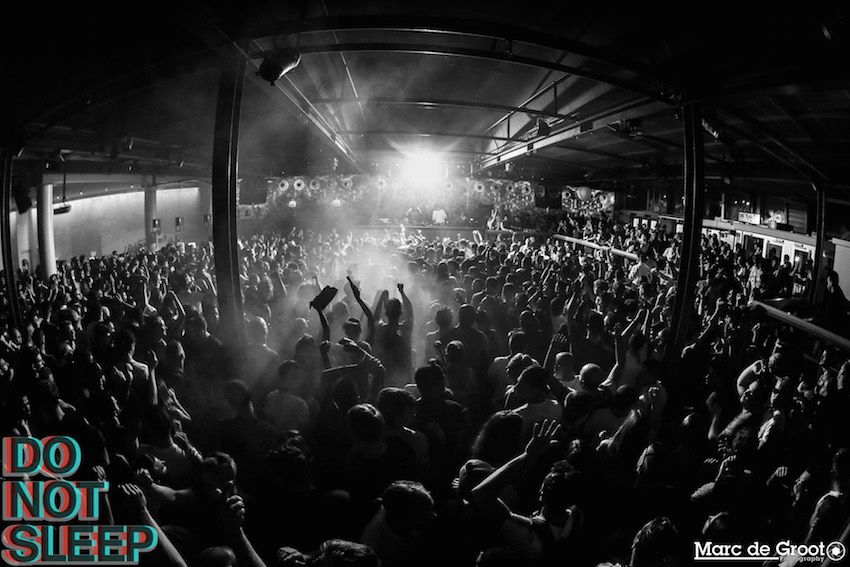 The newly hatched and burgeoning club brand Do Not Sleep has quickly established itself as one of of Ibiza’s fastest growing major players. This year you will find it on every Sunday at Space running side by side with We Love Space plus a special event to celebrate the 27th Birthday.

This new residency at arguably the worlds most respected club will allow them to bring their high octane atmosphere and unique vibe each week.  This new opportunity to take part in Space’s final year came from the success and reputation of the previous seasons events. Do Not Sleep were invited to host the terrace to celebrate their finale, with only a few days to promote it the party sold out instantly and the hype across the island was unprecedented.

‘We had one week to promote the party, it sold out instantly and the buzz across the island was unreal’ said Do Not Sleep promoter Neil Evans. ‘The atmosphere and energy we had seen over the season was transported to the Space Terrace without a glitch… we are going to be able to recreate this every week in the coming season’ states co- promoter Chris Bones.

Its not just their vibe that is impressive it is also their vision. In a new era where the VIP ethos begins to dominate club culture Do Not Sleep reacts against this and simply pays homage to the best Techno and House music DJs. Keeping a firm philosophy of a no frills, no nonsense and a non conformist party.

Musically it’s all about the specially invited guests and residents. The Do Not Sleep curators have put together an unmissable line up of ever changing artists and talent as well as headline name residents – Line up details to be announced shortly.

With a tried and tested season in 2015 with sell out parties at Vista Club, Privilege and Space, Do Not Sleep demonstrated that wherever they showcased their party the vibe always followed.

This year has already shaped up nicely with a London show at studio 338 this weekend and their newly launched Do Not Sleep record label and radio show. With a UK & European warm up tour also about to drop, bouncing parties from Berlin to Barcelona, as well as major festivals appearances.  Its clear that they are in a strong position to make a mark on this season already.