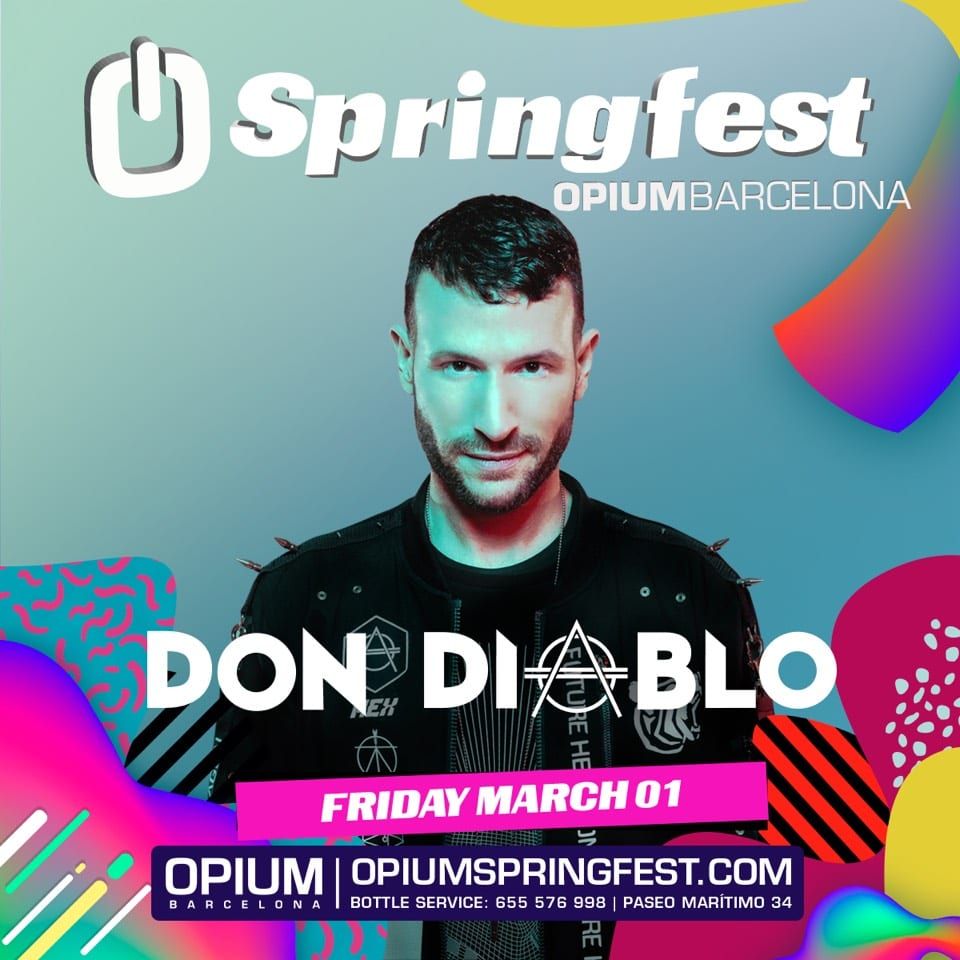 SPRINGFEST will take place from February 28th till March 2nd

This new edition of the festival, directed by Frank Caro, Juan Martino and Adrià San Vicente, will feature an amazing line-up, with some of the biggest and best DJs in the global electronic scene: Don Diablo, Jauz, Timmy Trumpet and Robert Falcon.

The electronic music event is headlined by Dutch EDM superstar Don Diablo, and will also feature American DJ and producer Jauz and Australian artists Timmy Trumpet in the bill. Robert Falcon will perform the same day as Don Diablo.

Jauz is the aka of young San Francisco’s DJ Sam Vogel. Jauz has made the rounds in the biggest festivals and parties, thanks to his unique blend of chill trap, bass house and dubstep. Jauz performance will take place on Thursday, February 28th.

Headlining this 5th edition we’ll have Don Diablo, currently ranked 7th in DJ Mag’s Top 100 DJs poll. The Dutch DJ and producer, one of future house’s pioneer, is back to SPRINGFEST after his performance at 2017’s edition. The same day, the crowd will be able to enjoy Robert Falcon’s performance. Don Diablo will perform on Friday, March 1st.

Closing the festival, on Saturday, March 2nd, it will be the turn of Australia’s finest, Timmy Trumpet. His unique blend of mainstream house sounds with psytrance, joined by the performance of live instruments, is a truly outstanding show. A must-see that no one should miss!

SPRINGFEST 2019 expects to receive a crowd of thousands of young music enthusiasts from around the world, specially American students currently living in Europe, that won’t want to miss the chance of experiencing their traditional spring break holidays in their home away from home.

Tickets for SPRINGFEST on Thursday are free, and Friday and Saturday tickets can be purchased from 30€ each. If you want the weekend pass, the costs start at 50€.