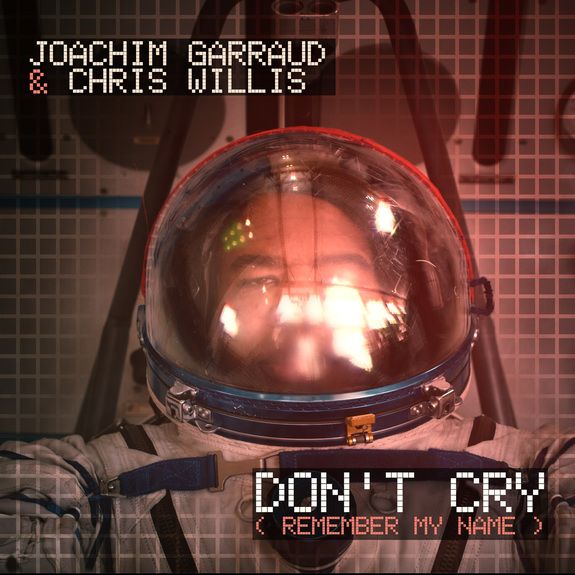 The second single to be taken from Joachim Garraud’s upcoming ’96/24′ long-player, featuring Chris Willis on vocals, ‘Don’t Cry (Remember My Name)’ will be released globally via Ultra Music on December 4th on Beatport and iTunes.

A fitting tribute to Garraud’s work with David Guetta – including tracks ‘Just A Little More Love’ and ‘Love Don’t Let Me Go’ and the creation of labels GUMPROD and F*** Me I’m Famous – the single celebrates one of the most defining collaborative partnerships in the history of French house music.

Returning to Joachim’s roots in French techno a quarter of a century ago, ‘Don’t Cry’ segues masterfully between stripped back minimal beats and melodies towards Willis’ iconic voice, creating a pacey, crescendo-driven synth masterpiece that indulges in the very best memories of his period with Guetta.

Fans of Garraud will be more than familiar with his genre-defining body of work, which as well as his own original productions includes tracks, collaborations, remixes and co-productions for the likes of Jean-Michel Jarre, Bob Sinclar, David Bowie, Kylie Minogue, Culture Club, Beyoncé, OMD, Deep Dish, The Eurythmics, Paul Johnson, Cassius, Ceronne, Moby, Robbie Rivera and of course David Guetta.

A pioneer, a visionary and a producers’ producer, ‘Don’t Cry (Remember My Name)’ and ’96/24′ see Joachim Garraud reminding us once again why he remains at the very top of the industry, as ever a force to be reckoned with.