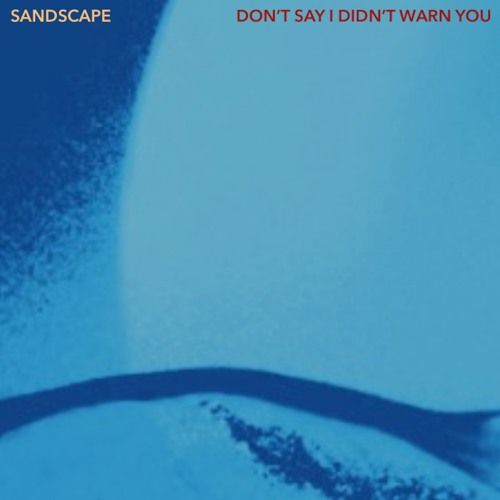 Unveiling  the second track from their debut release “Artificial Rush”, SANDSCAPE show the darker side of their alt- jazz infused sound on this murky, rippling track. The lyrics slowly morphing from melancholy and bittersweet to something darker. The production takes on a raging and distorted vibe, giving the track the unsettling air of a horror film score.

Formed by producer Dan Sonabend & vocalist Eliza Shaddad, the duo draw on their jazz and electronic background (as well as their respective Israeli and Arab heritages) to create dark, intimate and experimental songs. Sonabend, born to English and Iraqi parents and raised in Tel Aviv, made his reputation as a bassist and arranger before gravitating towards film scoring and music production. His background as a performer and experience as a media composer merge into a fresh and unique production style, composing and orchestrating scores for films such as Act/or, Butterfly Kisses and BBC TV series Redwater and working with artists such as Fictonian, Culprate and Rob McVey.

Born to Sudanese and Scottish parents with deep artistic heritage, Eliza has gained support from the likes of The Sunday Times, Scotland on Sunday, i-D Magazine, Stereogum and FADER, as well as airplay across stations such as BBC Radio 1, 2, 6Music, BBC Radio Scotland, and XFM. Her 2016 E.P “Run” (Released on UK Label Beatnik Creative) was hailed as “A stunning piece of work” by Shortlist and championed by tastemakers such as Zane Lowe and Julie Adenuga (Beats 1) and Huw Stephens (BBC Radio 1) it received overwhelming grassroots blog support, culminating in repeat stretches as the ‘Most Blogged Artist’ in the world on Hype Machine.