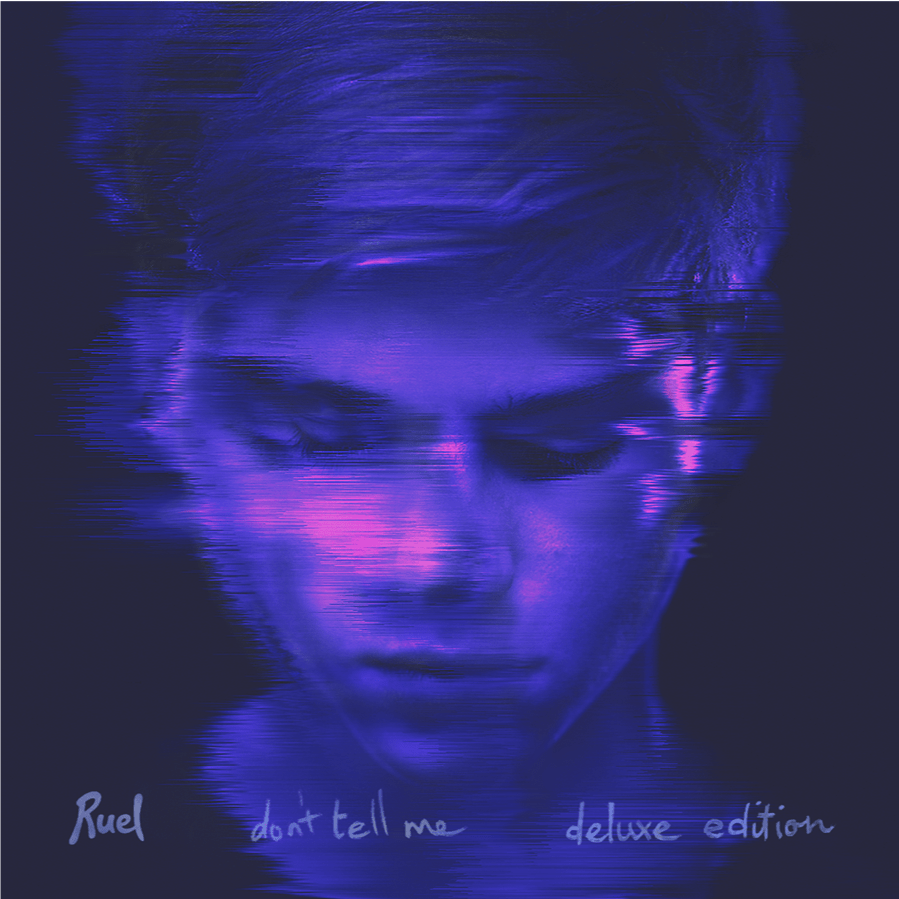 Today, emerging artist Ruel debuted the official video for his soulful self-penned single “Don’t Tell Me,” out today via RCA Records. “Don’t Tell Me” comes as a deluxe package featuring an acoustic version and exclusive remixes from Jarami, Jerry Folk and IAMNOBODI, along with the original, available now on all digital platforms worldwide.

Described by NYLON Magazine — who premiered the video today — as "the 15-year-old wunderkind your playlist is missing," the video was shot in Australia and directed by Grey Ghost. Watch the video for “Don’t Tell Me”.

“Don’t Tell Me” was written by 15-year-old London born, Australian raised Ruel. Inspired by an evening spent sitting at the dinner table telling his parents and siblings about a girl he had a crush on. “My whole family was like, ‘Ruel, you don’t know what you’re talking about, you’re way too young to think about that sort of stuff,’” he recalls. “And that really frustrated me. I thought ‘they can’t tell me how to feel’, so I wrote a song about it. I never thought it would lead to all of this.”

Since its release, “Don’t Tell Me” has garnered over 15 million streams worldwide and has since launched the singer and songwriter into becoming one of the most exciting recording artists and captivating live performers to emerge in 2018. Earlier this week, “Don’t Tell Me” won first place in the International Songwriting Competition in the Pop/Top 40 category.

Having caught the attention of Grammy nominated Khalid, who invited him on the road as direct support on his Australian/New Zealand tour in late 2017, to the legendary Elton John, who proclaimed on his Beats1 radio show that he had the “most amazing voice that I've ever heard from a male singer at 14 years of age.” Ruel is connecting with audiences on a global scale, and since inking his deal with RCA Records he’s ready to bring his signature soulful sounds to American shores.

Introduced to soul, blues, and jazz by his music-loving father, Ruel counts Stevie Wonder, Dave Brubeck and Amy Winehouse as major musical influences growing up. After picking up and learning to play the guitar at 8 years old, Ruel graduated onto the likes of Frank Ocean, Childish Gambino and James Blake and started to write songs of his own, drawing inspiration from these groundbreaking acts and writing from his own experiences as a teenage boy. “All my songs are about personal experiences,”Ruel says. “Songwriting helps me get through things, feelings that I don’t understand myself. When I write about something, it helps me figure it out in the process. But I want people of all ages, whether they’re 15 or 50, to be able to relate to my songs.”

“Don’t Tell Me” the single plus Deluxe Edition is available on all digital platforms from today.