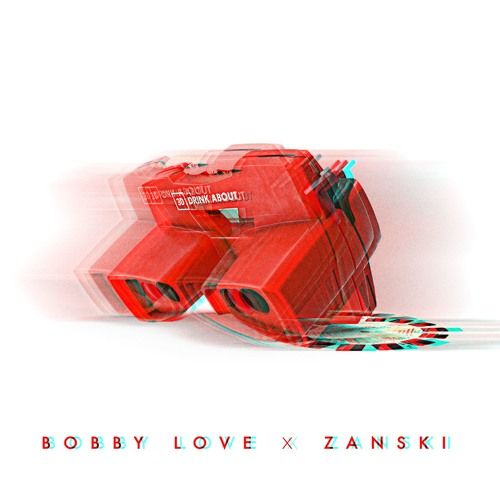 Canadian DJ and producer Bobby Love made his mark on the dance music world with his popular single "Still," and now he's back with another irresistible R&B-influenced house track titled "Drink About." Bobby teamed up with Zanski for the track, who shares his affinity for R&B and unique productions. Their collaboration resulted in lush, deep basslines peppered with drums and piano melodies overlayed by characteristically sensuous vocals. "Drink About" was almost scrapped in the studio, but Bobby and Zanski spent countless hours reworking it until the perfect combination clicked and made this catchy, groovy jam. "Working with Zanski was super fun and felt like a true collaboration," says Bobby Love. "It's cool to listen back to the song, I feel like you can pin point each of our influences on the track. Thankfully we both had a lot of similar tastes and influences which I think made the collaboration so natural." True to Bobby's style, "Drink About" is hard to pinpoint from a genre perspective, and it's just another example of how he is among the artists paving the way of the burgeoning experimental electronic music movement.

Bobby Love is the newest talent emerging from Toronto's dynamic club scene; he cut his teeth performing at the city's top venues including The Hoxton, Maison Mercer, and Tattoo. He began to build a reputation for his unique production style and enthralling live sets after opening for renowned DJs Klingande, Wankelmut, Bakermat, Danny Howard, and Hannah Wants. Bobbycaught the attention of the global electronic music scene when Armin van Buuren's imprint Armada Deep released his track "The Way You Look," and ever since he has been on a steady rise. His last single on Physical Presents, "Still" featuring Ben Stevenson, experienced immense viral success – it was premiered on the Huffington Post and was featured on over 25 music media outlets, including #3 on The Hype Machine. Look out for more new music from this rising star in 2018.