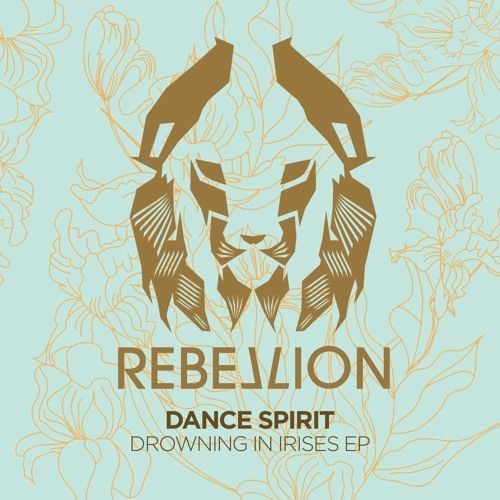 The L.A based duo Dance Spirit were discovered by Damian Lazarus after they gave him a re­edit of Bjork '​All is full of Love​’, which soon became one of his 2015 anthems. Subsequently they played at the Crosstown Rebels ​‘Get Lost’​LA event and ​‘Drowning in Irises’​was etched in vinyl.

The title track ‘Drowning in Irises’ is inspired by Van Gogh’s Irises painting. “It hangs in our home turf of LA’s Getty Museum, and [the track] attempts to capture and convey the beauty and emotional quality that Van Gogh achieves in his paintings with color, rhythm, and layers.”

Dance Spirit said of ‘Unfold’ "it addresses the subconscious through the use of rhythm. In short it’s an attempt to hypnotize the listener into movement, positivity, and/or relaxation.” Created in 2013, 'In between Spaces’ started life as a studio experiment, but become “a major revelation in our process of creating music.”

Christopher Mohn and Reagan Denius make up Dance Spirit​, expertly creating a type of futuristic techno which has enabled them to play at Coachella, Piknik Electronic, Fabric, Verboten and Treehouse to name just a few. They have also previously released on Maison D’Etre, Superfreq, Kindisch, Connaisseur Recordings, Culprit, Akbal Music and Endless.

1 Drowning in Irises
2 Unfold
3 In Between Spaces