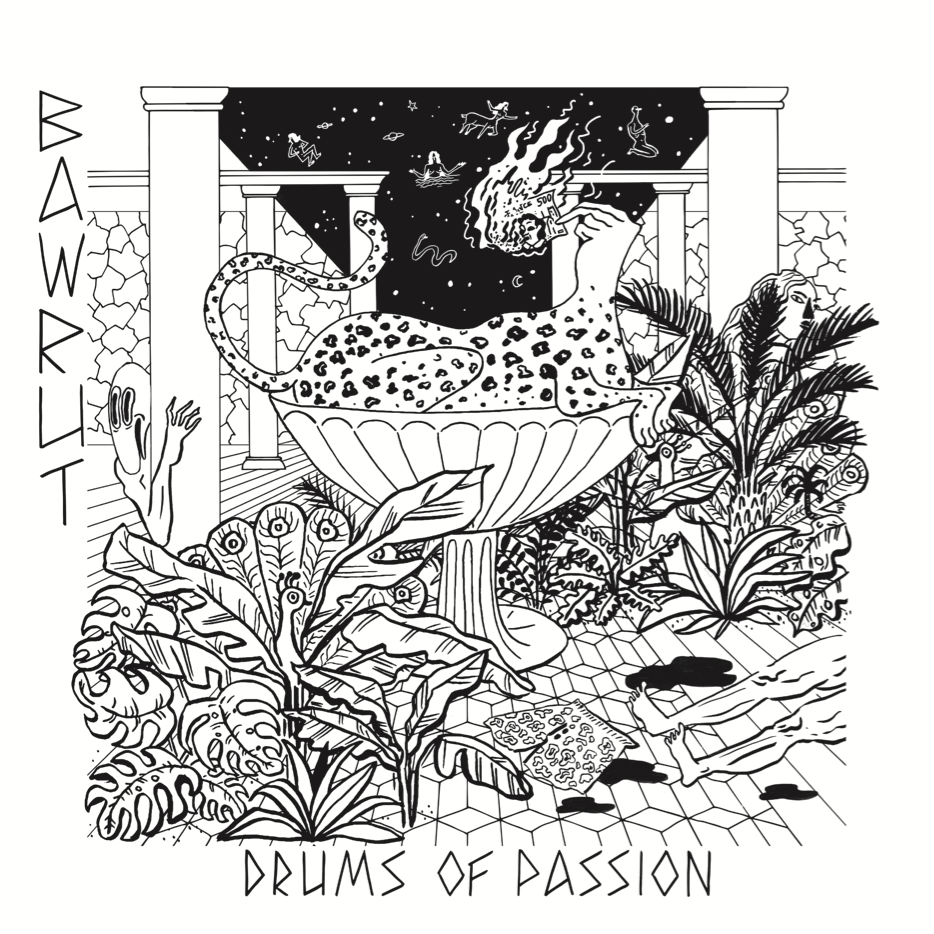 Hard Fist Records : ‘’It s not so usual to recognize a producer’s sound on the first listen but Bawrut is one of them. After a first release on Ransom Note’s label in 2016 with the remarkable Ciquita, the Italian, and Madrid based producer expands on each new release with a circle of supporters including Jackmaster, Optimo, Avalon Emerson, Roman Poncet and Moscoman.

For his 3rd release, Bawrut joins the young French label Hard Fist, it’s hard to put a label on this record, and that is what we like. Like a sorcerer, Bawrut mixes a wide range of influences and energies, concocting a percussive and acid potion based on organic grooves and heavy hypnotic beats that drive the dancer into a trance.

The 3 tracks of « Drums Of Passion » are built on the foundations of French, African and Italian songs, which shows its richness and singularity. You can meet here Serge Gainsbourg, Enzo Avitabile or Tony Esposito, a surprising record from a surprising producer. Bawrut manages to create a mystical and perfect match of those cultures, with a spiritual and unexpected result. Like ephemeral tribes sharing their language, music and beliefs on a dance floor, with no boundaries.

If you want to understand the nature of this record you have to look at the releases name. « Drums Of Passion » is borrowed from an album of Babatunde Olatunji, released in 1959. A manifesto that is reminiscent of the idea that music is a universal heritage with unknown origins, fed by the influence of our ancestors.

Bawrut’s ‘Drums Of Passion’ EP is out on Hard Fist Records 15th November 2017.