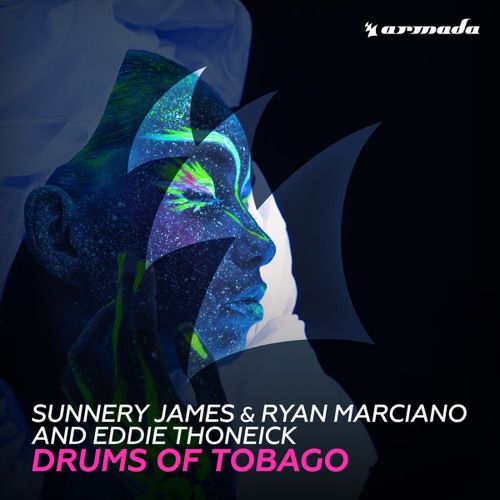 A collaboration of epic proportions, ‘Drums Of Tobago’ hits the nail right on the head with a mixture of Caribbean beats, punchy drums and a catchy hum. Once the record drops into an atmospheric breakdown complete with airy vocals and gorgeous chord progressions, there is no denying that this track has it all.

Sunnery James & Ryan Marciano are definitely among the finest acts in the world of dance music. The Amsterdam-based DJs and producers grace the line-ups of many prestigious festivals every year and their ‘Sexy By Nature’ radio show is broadcast on both SiriusXM in the US and Radio 538, Holland’s leading broadcasting station. In January 2017, Sunnery James & Ryan Marciano will give rise to the first release of their own SONO MUSIC label, which was launched in collaboration with Armada Music.

Eddie Thoneick is one of the most respected acts in house music, with a collection of anthemic classics such as 'Live Your Life' and 'Stronger' (with Erick Morillo) and peak-time essentials such as 'Love Will Never Let  You Down' and 'Solar'. These, coupled with club-wrecking remixes for the likes of Armand van Helden, Steve Angello, David Guetta and Moby, have built the German’s irrefutable reputation as a go-to guy for a hit. Recent collaborations with Erick Morillo (‘Lost In You’) and Kryder ('The Chant' & ‘House Music’) are simple proof that Eddie Thoneick transcends time and delivers time after time again.