Dutch acts set to make an impact at Reeperbahn festival 2016 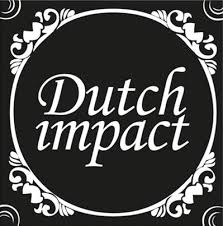 Dutch acts set to make an impact at Reeperbahn festival 2016

With Reeperbahn now just over a week away, we want to remind you that the Dutch Impact showcase which highlights the best of Holland’s young talent will once again be returning to the festival for which The Netherlands is the focus country for 2016. The event will take place at Molotow on Thursday 22nd September and will see performances from Rats on Rafts, Afterpartees, Sevdaliza, Klangstof, Bombay, Klyne and Black Oak who will play to a host of key international media and industry delegates. Other Dutch acts confirmed to play the festival are Blaudzun, De Staat, and Causes as well as new additions The Bazzookas and GOSTO.

More information on all the acts performing at Reeperbahn here: http://www.dutch-impact.nl/category/festivals/reeperbahn

You can also catch these amazing acts at their other shows during Reeperbahn festival:

Afterpartees
Originating from Horst aan de Maas, Limburg and driven by their love for energetic 70s punk and heartbreaking powerpop, Afterpartees wandered through The Lowlands with Iggy Pop, T-Rex and King Tuff blasting from the van’s crooked speakers. Their debut LP, ‘Glitter Lizard’ is a combination of happy childhood memories and a nihilistic teenage worldview whilst on stage, Afterpartees gamble all their chips, and cross all boundaries, real and imagined. They’ve toured with fellow Dutch musicians traumahelikopter, and played renowned Dutch festivals such as Best Kept Secret, Pinkpop, Into The Great Wide Open and Paaspop.

Black Oak
Black Oak is a new band formed by singer-songwriters Geert van der Velde (The Black Atlantic) and Thijs Kuijken (I am Oak) with music that is a synthesis of the best of both bands. With the release of their debut album Equinox in 2016 the band encompasses the moods of both night and day drawing on I am Oak’s moody, nocturnal folk and blending it with the skyward daytime grandeur of The Black Atlantic’s melodies. Black Oak's music is full of this contrast. Beautiful, earthly acoustic guitar work and soaring melodies create a balanced atmosphere with a magic combination of two of indie folk's most distinct voices working together in the tradition of Crosby, Stills, Nash and Young, Fleet Foxes or Bon Iver.

Blaudzun
Indie rocker Johannes Sigmond goes by the name of Blaudzun. Having played to sold out crowds on tour in Holland and Belgium and a host of coveted festival slots including Eurosonic Noorderslag, The Great Escape, SXSW and Sziget, Sigmond just keeps getting better and better. Blaudzun has multiple awards under his belt including an Edison for Best Male artist and two time 3FM Best Alternative act winner and also composed the official anthem for the Tour de France starting in his hometown of Utrecht in 2015. With new music in the pipeline since the release of critically acclaimed album Promises of No Man's Land, audiences can look forward to what the future holds.

Bombay
This indie rock trio’s incendiary live shows thrust them into the limelight grabbing the attention of audiences worldwide with the release of their debut album ‘Vulture/ Provider’. Bombay’s latest LP ‘Show Your Teeth’ is set to be even bigger and better than before, bringing post punk and 90’s grunge together with poppy hooks. This Amsterdam based bands live show will be the perfect showcase for their experimental, genre spanning sounds.

Causes
Four piece indie pop band Causes’ debut single Teach Me How To Dance With You was released in late 2014 in Holland and proved an immediate success; first being playlisted across all major radio stations and then quickly gaining Platinum status. With massive tours now under their belts including stops at Pinkpop & Appelpop as well as a headline show at the prestigious Paradiso in Amsterdam. Causes’ debut album, produced by Ian Grimble (Bears Den, Daughter) will be released in 2016 through RCA/PIAS.

De Staat
Dutch alt-rock quintet De Staat have played on every major stage in The Netherlands as well as renowned international festivals including Sziget and Glastonbury. Having debuted with an album which bagged them various prizes, they later received a 3FM Award for Best Alternative Act. Their successes kept on coming and four years later in 2013 the band were awarded an Edison, Holland’s most prestigious music prize. With a string of festival slots and huge support shows for the likes of Muse, the band are winning over international audiences and they are not to be missed.

GOSTO
Inspired by musicians such as Flying Lotus, James Blake, Thom Yorke and Jeff Buckley, GOSTO succeeds to combine a variety of styles into a whole new authentic sound. Underneath the first introduction you’ll find warm bases, raw beats, deep synths and pure soul, all interconnected by the dark, almost hypnotic voice of Roel. This multi-instrumentalist writes, sings, composes and produces all his songs himself. Supported by his strong lyrics and talented live band, you’re guided through his world: his travels, his chaos and is unconditional love for music. He picks you up and let’s you float on a nostalgic, almost psychedelic trip and unites contradictions to a warm, uplifting mix that leaves nobody unmoved. With new album ‘Memory Ivy’ due this October this is a show not to be missed.

Klangstof
Growing up in a remote area in the middle of Norway with a limited budget and no one to start a band with, Koen taught himself how to play and record. With his first track picked up by a local radio station his music started making its way across Nordic airwaves. He then went on to become a bass player in critically acclaimed indie band Moss which only confirmed his passion for playing solo, and so Klangstof was born. With acclaim from the likes of Zane Lowe and NME’s Matt Wilkinson, the epic soundscapes and guitars remind you of the quiet and fascinating Scandinavian nature, while the synthesizers and drum-machines sound bring an industrial feel. Klangstof continuously and unexpectedly unites the polar ends of the spectrum, in such a way that you want to both dance and cry while listening.

Klyne
Earlier in the year Klyne introduced themselves with the confident and fully formed sound of debut single Paralyzed. The song delivered an amazing mix of effortless and hook-laden production courtesy of Ferdous and a vocal pitched with such soulful warmth that its bearer, Nick Klein came across with an undeniable star quality. New single Closer, sets the duo apart as a hugely exciting prospect for 2016.

Rats on Rafts
Rotterdam based foursome Rats on Rafts’ fiery post-punk scourge has been compared to celebrated Northern English counterparts and erstwhile bands from Rotterdam’s rich fringe music scene. With their long-awaited and self-produced, recorded and mastered sophomore LP due for release this year, the Rats have finally captured a sound to truly call their own. Having released their debut LP The Moon Is Big to nation-wide critical acclaim, the Rats’ live shows rapidly gained notoriety within and beyond the Dutch borders from the likes of Alex Kapranos (Franz Ferdinand), Will Sergeant (Echo & The Bunnymen) and punk figurehead John Robb (Louder Than War, The Membranes).

Sevdaliza
Sevdaliza is a self-taught singer-songwriter, visual artist and composer. Her creations contrast husky vocals with cutting strings and basslines creating an enigmatic mood. Drawing influence from several textures like skin and glass, Sevdaliza’s melancholic visceral voice floats over beds of mechanical instrumentation, creating dynamics of chaos and order. She plays with the simulation of identities and fantasies that can hardly be distinguished from reality, touching on philosophical issues creating a world where everything is possible. Her music is charged with demanding energy and an enormous amount of dynamics portraying a porcelain yet deep fullness. Having received worldwide attention for her two self-released EP’s in 2015 and some huge syncs to her name already, Sevdaliza is going to keep on growing.

The Bazzookas
The evolution of the BAZZOOKAS is equal to the discovery of gunpowder: when the Dutch band got themselves together to make music, their ska broke free like an explosive blend. Since then the eight guys and singer Bazz Barnasconi have toured throughout their hometown of The Netherlands as well as in Belgium, Germany and France. Playing from the roof of their school bus, the vehicle starts wiggling, its axles scream, and inside and outside the bus their energy is shaking the world to the bone.

Brought to you by Eurosonic Noorderslag. Powered by Performing Arts Fund, Buma Cultuur, Creative Holland and the Dutch Ministry of Foreign Affairs.