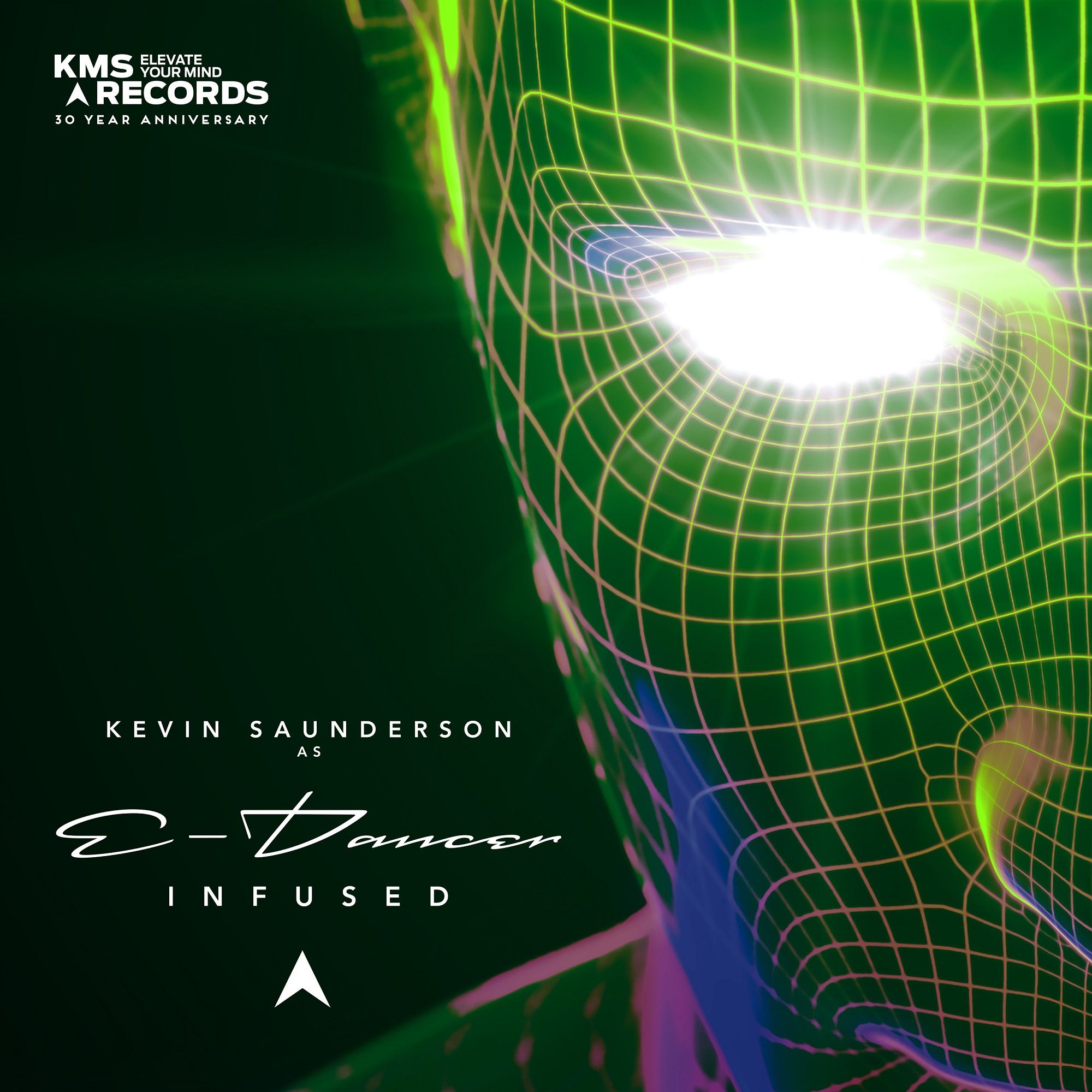 When Kevin Saunderson revisited his 1998 E-Dancer album ‘Heavenly’ about two years ago, he could tell that it was geared more towards the darker depths of dance music in terms of vibe and overall atmosphere. It oozed with soundtrack potential, and the thought of creating just that kept lingering in his mind for all this time. Not too long ago, it suddenly began to take shape when started working with the talented Virus J and mixed in – or infused – live sounds. The rest, as they say, is history, and released today on KMS as the first original E-dancer album in twenty years: ‘Infused’ (feat. Virus J).

Radiating more of a downtempo feel through its live instrumentation, live elements and string sections, ‘Infused’ marks a new ten-track chapter in the E-Dancer narrative, a change in rhythm and tempo, and a fresh wind ready to blow through the industry like a score does through a blockbuster. ‘Infused’ is where the soundtrack of the past collides with the future. And that’s an opportunity no dance music lovers can’t pass up on.

One of the originators of Techno and one third of the legendary The Belleville Three alongside Juan Atkins and Derrick May, Kevin Saunderson adopted many different aliases in his three-decade career so far, including famed monikers such as E-Dancer and Inner City. As Inner City (and with Paris Grey), he sold well over six million records worldwide and amassed twelve UK Top 40 hits with various singles as well as debut album ‘Paradise’. Kevin Saunderson is also the founder of KMS, the record label that has remained a staple in electronic music throughout the past thirty years.

Born Justinas Chachlauskas, Virus J is a professional sound engineer and music producer who first embarked into the scene as a producer in 2005. Since, the Lithuanian sound expert released an onslaught of records around the world, from a collaboration with Sandy  Rivera on Defected to official remixes for the likes of T-Pain, DJ Pierre, Kings Of Tomorrow, Sultan, Deep Forest, Rui Da Silva and more, to acclaimed releases on Armada Deep, Defected, Toolroom, Ministry Of Sound, Hed Kandi, Ultra and other. With his (joint) House Of Virus project, Virus J linked up with the legendary Marshall Jefferson as well as Kevin Saunderson, which means his contribution to this pivotal E-Dancer album makes it all come full circle again.