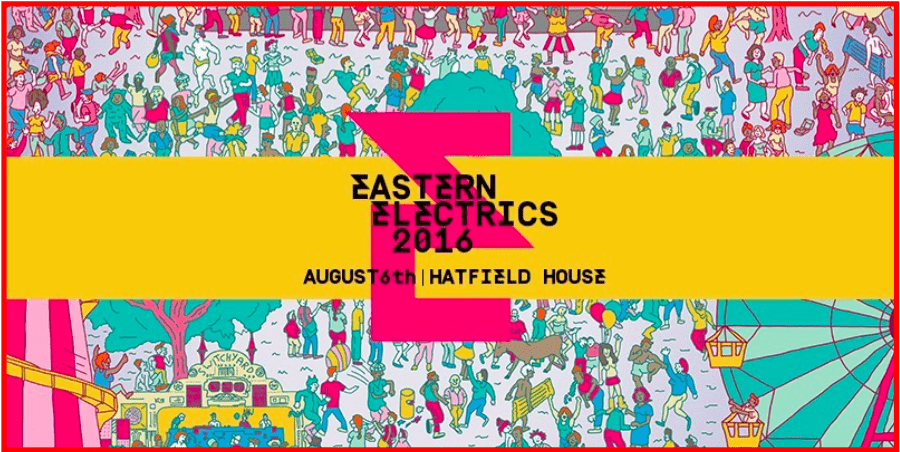 Undoubtedly one of the biggest all-dayers in the festival calendar, Eastern Electrics Festival has grown into the premier party of the summer for electronic music lovers across the country. Returning on Saturday August 6th to it’s stunning countryside home at Hatfield House, Hertfordshire, the Eastern Electrics family will once again present the cream of the house, techno, garage and bass crop across nine festival stages hosted by the worlds biggest electronic music icons. With tickets available now from just £35, it’s time to book in what promises to the rave of the summer with the Eastern Electrics crew.

An all-star cast of international selectors will soundtrack the day, with each area curated by the artist or brand behind it. As the festival’s focal point, Eastern Electrics Main Stage will bring the usual heat from house music heavyweights, and following the huge success of 2015, Powerhouse DJ, producer and long-term raver Skream presents Skreamizm, will once again take over the Big Top arena. The legendary Groove Armada will reside over the crowd's favourite outdoor Switchyard stage, while over on the Club Stage, the VIVa Warriors will be upping the levels with huge names from their extensive family. EE are also excited to announce a brand new area hosted by Ibiza ’15 season stand out Do Not Sleep, and as if that wasn’t enough, the Black Butter crew return with their pioneering blend of bass heavy garage and house. On top of this, the spectacular Electric City is back to transform one area into a wonderland of colour, disco, glitter, disco, cocktails and surprises.

Of course, expect the usual mischief and magic from EE’s resident pub- The Star of EE, and returning bigger and plusher than ever, there’s the VIP Village to step away from the mayhem to enjoy exclusive sets from a selection of the worlds most revered selectors.

As with previous years, EE will pull out old-skool flavours and mix these with some of the freshest names in dance music. The 2015 edition saw Ibiza via Berlin veteran tINI and her Gang take over the Switchyard all day, the forest stormed by UK garage legend DJ EZ and the festival closing with a masterclass from the one and only Jamie Jones. And let’s not forget Dance Energy legend Normski. This year, the EE team will present their most adventurous instalment to date, uniting house, techno, bass, garage and everything in between. With all of this and more for a mere £29.95 if you sign up for familEE first tickets 27th January, £34.95 (on standard first release), and VIP options, don’t sleep on your chance to be part of the fun for a bargain price.

WATCH THE 2015 AFTER MOVIE BELOW