Eddie Halliwell is bringing back BOSH! 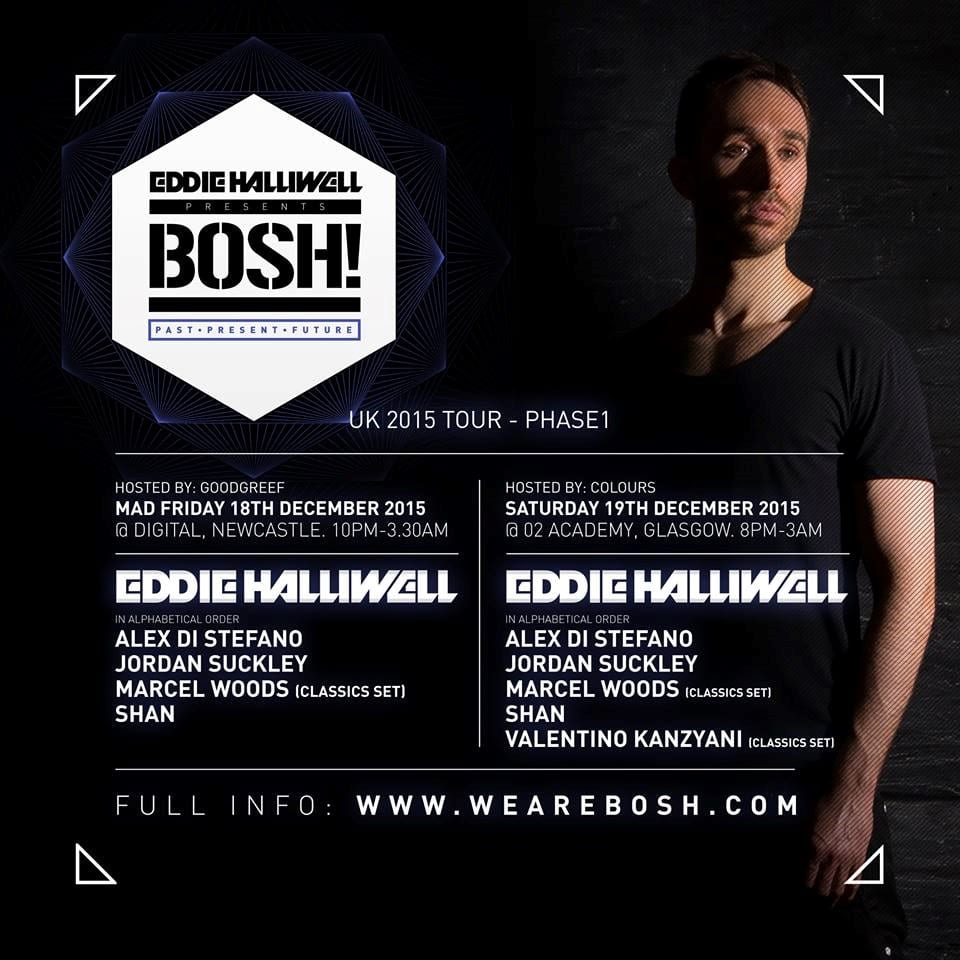 Eddie Halliwell is bringing back BOSH!

Cast your mind back to 2002… Dance Music is reaching a never before seen high, Super Clubs have been born and dominate the UK nightlife, Mixmag’s readership teeters towards 100,000 and then came the almighty BOSH! The legendary cover mount album that changed everything.

A sound that had been bubbling underground came punching to the surface thanks to the right hook of the scratch maestro himself, Eddie Halliwell. At this point in his career Eddie had reached the highs of superstardom but this CD took him to a whole other level. Named as Mixmag’s ‘DJ of The Year’ in both 2003 and 2005, nominated as one of ‘The Greatest DJ’s’ of all time, snapping up a coveted Radio 1 residency and selling out BOSH! shows up and down the country. This was followed by another BOSH! album and then a 2015 re-release on Mixmag Recordings. Not to mention all the other accolades that have littered Eddie Halliwell’s long-standing career.

The time has come to acknowledge the insatiable appetite generations of revelers have had for each edition of the BOSH! album series and for every gig that has come before – BOSH! is back on tour.

On 18th December, Eddie will be heading at the iconic Digital nightclub in Newcastle to give you some past, present and future BOSH! With talents like Alex Di Stefano, Jordan Suckley, Marcel Woods and Shan to put on a show-stopping rendition of everything everyone has ever loved about the album that struck the right cord with so many.

The next night, the 19th December, BOSH! will catapult further north to Glasgow and thrash the floor at the O2 academy with the full force that everyone would expect from this formidable brand.

These events will mark Phase One of the BOSH! return, come 2016 Phase Two will be launched and it will take no prisoners.

BOSH! is most definitely sizzling again.