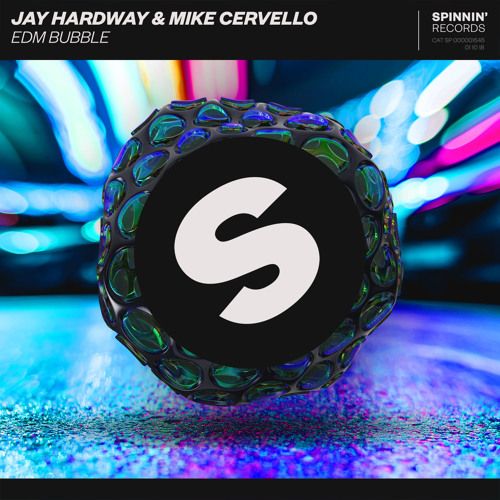 Jay Hardway takes you back to the future with his newest production. With ‘Let Me Tell You Something’ the Dutch DJ and producer gives his modern and icy twist to 80’s house music. A groovy house rhythm, prominent kick drums intertwined with bass-heavy loops and hi-hat sounds. The 80’s infused track is completed with a powerful, infatuated female vocal grooving it with a dark and sturdy male vocal. Jay Hardway totally aced it with his bangin’ ‘Let Me Tell You Something’, out now on Spinnin’ Records.

"The cool thing about the track ‘EDM Bubble’ is that Mike and me started the track from scratch. We didn’t start from an existing melody or project, but we started with a blank slate. It’s always cool to work with someone talented and to have that creative connection in the studio. I’m really happy with this track and it works really well in my sets, mostly because it’s so different from any other track!"– Jay Hardway

"Coming from a different corner of EDM, it was super fun to work with Jay Hardway. We’ve done a few shows together already and always had that vibe going on, so making a song together was inevitable. It has that oldschool feel that made me fall in love with the genre." – Mike Cervello

80% of the track was made during the first day Jay Hardway and Mike Cervello were in the studio, and they also already had a version they could play during their gigs. The title of the track was first of all based on the fact that the vocal is about bubbles, but mostly its because everybody has been talking about the ‘EDM Bubble’ for years now. How it would burst and how the market for EDM music would die, and so on. But the two producers definitely don’t agree with this, and think EDM is only getting bigger. "The name is a cool little pun and it also sounds really catchy.", Jay Hardway explains.

Proven to be one of the dance scene’s most exciting well-loved names, Jay Hardway continues to add new tracks to his formidable discography alongside a burgeoning global tour schedule. Releasing many successful collaborations, like the recently released ‘Jigsaw’ with The Him and ‘Save Me’ with Mesto, Jay is also notable for his solo endeavours in which he can show us his love for beautiful melodies the most. With the likes of ‘Bootcamp’, ‘Electric Elephants’, ‘Somnia’, ‘Golden Pineapple’, ‘Solid’ and his most recent solo release, the 80s infused, ‘Let Me Tell You Something’ he has taken us on a journey with his complete and diverse spectrum of sounds. On the live side Jay is also unstoppable, gracing the stages of the world’s biggest clubs and festivals such as Tomorrowland, EDC New York, Hakkasan Las Vegas, MTV Mobile Beats, Sziget, WiSH Outdoor, Creamfields Brasil, Electric Love, Pacha NYC, AMF and Mysteryland to name a few.

Mike Cervello’s edgy, techno influenced sound has widened its global foothold significantly over the past year. Frequently playing sold out events in the United States, Asia and Europe, Mike Cervello has continued to deliver smash songs one after the next as well as bringing his signature sound to new corners of the electronic music scene. He is supported by household names such as Skrillex, Hardwell, Diplo and Yellow Claw. Mike Cervello’s record "SMACK!" ft. Cesqeaux accomplished the #1 status on Beatport and continues to be a staple track at festivals worldwide. His track "Namek" with Wiwek is a face-melting anthem and one of the wildest festival track, just to name a few highlights from Mike Cervello’s discography so far. Following successful appearances at festivals around the globe, you can expect to hear more from this emerging, Amsterdam-based producer.