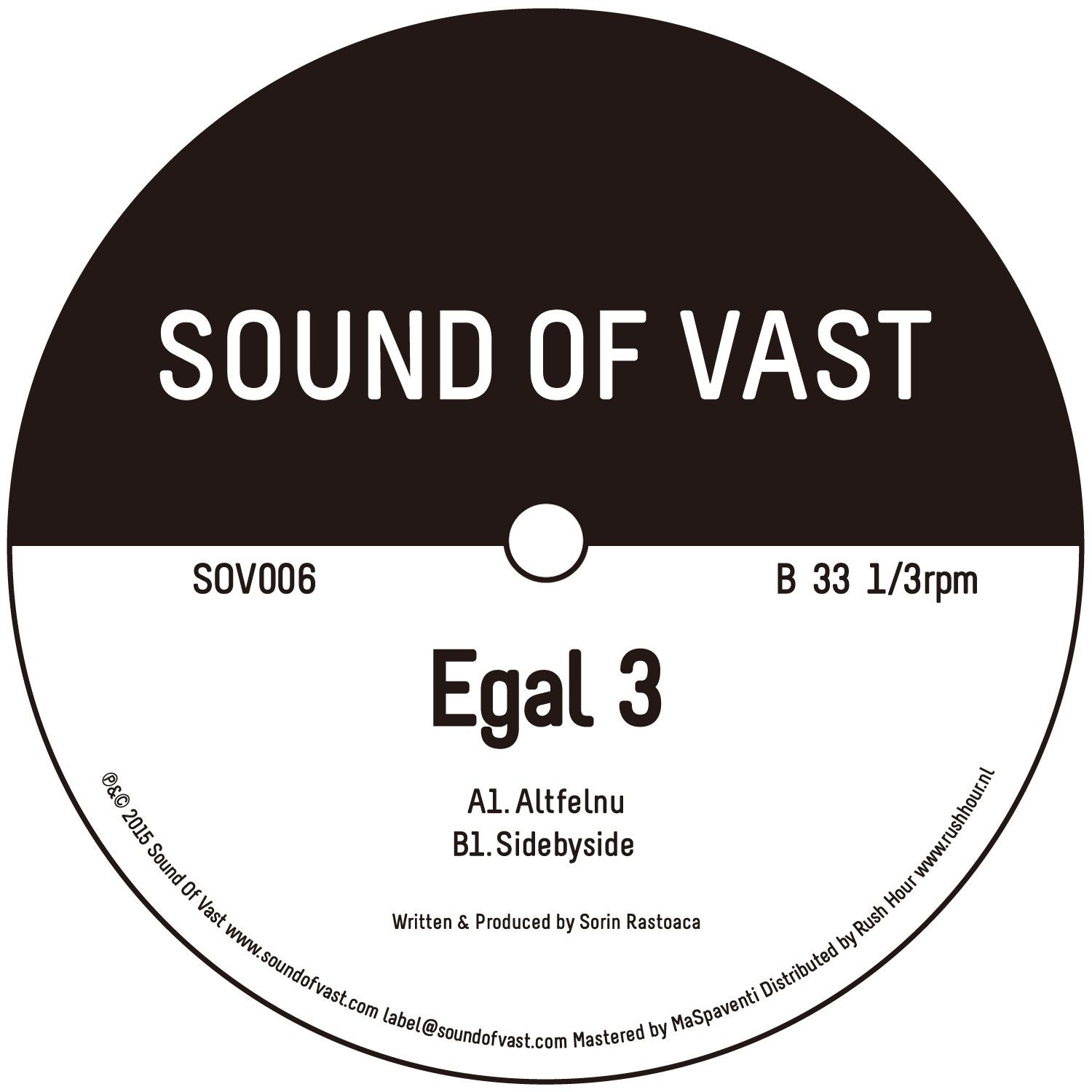 Romanian producer Egal 3 returns to Sound of Vast to drop a pair of intricate and mesmerising cuts.

Having released on established imprints such as Fear of Flying, Monique Musique, Edec and Memoria Recordings, this marks Egal 3’s second appearance on Sound of Vast since inaugurating its discography last year. Still in his early 20s, the producer has accomplished a lot in such a short time including collaborating with tINI, Livio & Roby, Andrea Oliva and Andrew Grant to name a few.

‘Altfelnu’ initiates the release with sporadic percussion and an understated bassline before an unexpected piano melody enhances the eerie vibe. On the flip ‘Sidebyside’ focuses more on a tight groove constructed from an analogue drum machine and modular synth to craft a track geared for afterhours bedlam.

Tracklist
A1. Altfelnu
B1. Sidebyside