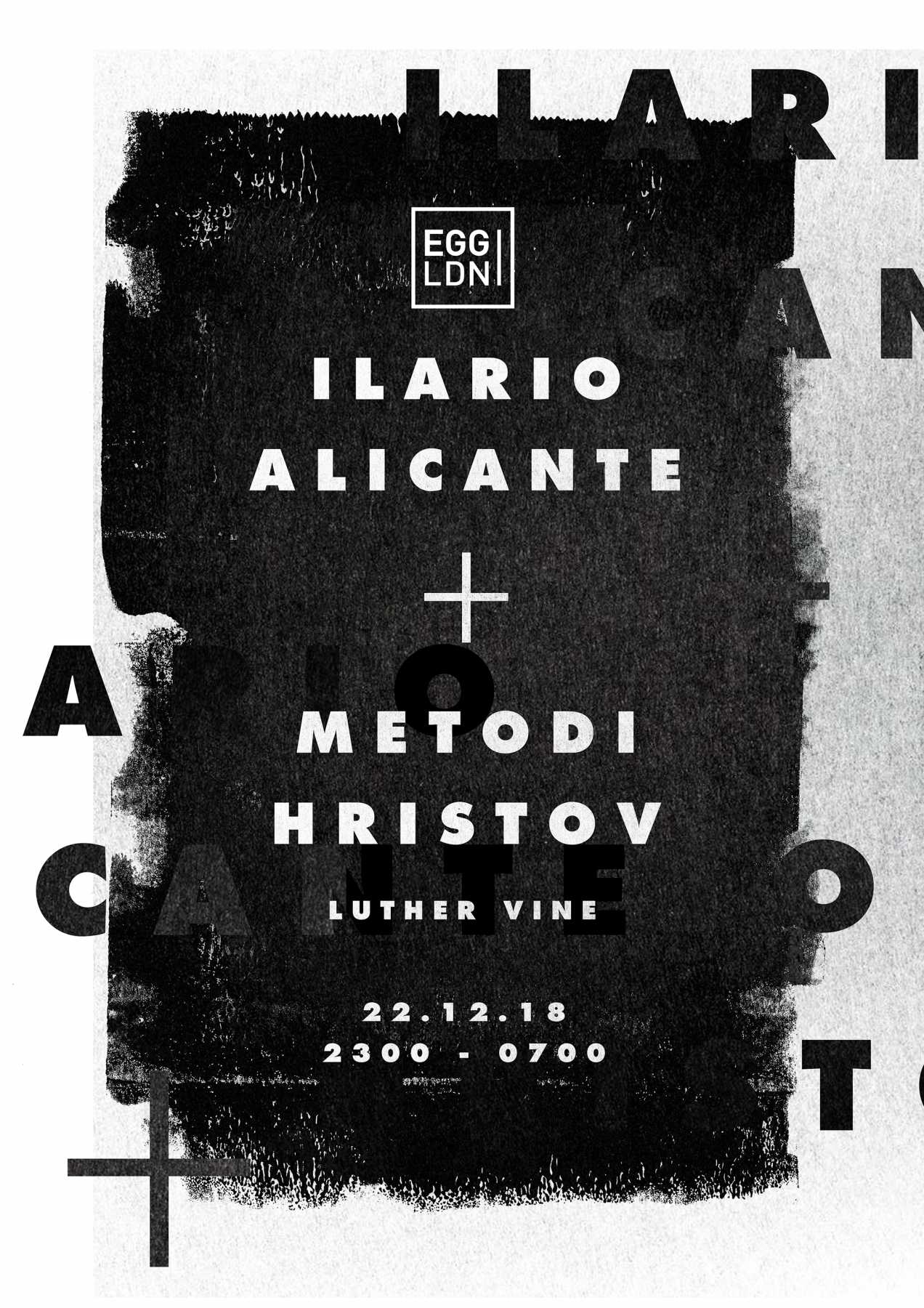 It’s been a while since Ilario Alicante played at the club so we’re delighted to welcome him back once again alongside old friend of the club, Metodi Hristov.

Alicante’s ascension started when he made his Time Warp debut at the age of 18 and since then, his sets and productions for Cocoon, Cécille Records, SCI + TEC, Digital Audio and most recently Drumcode, have all firmly established him as one of the scene’s most notable artists around. After a fulfilling year touring terrain stretching from Ibiza to UAE, Alicante’s return to London is well overdue.

Metodi Hristov is no stranger to the club and is a firm favourite since we first booked him back in 2015. With a discography covering intense techno tracks to more experimental, off-kilter creations, it’s easy to see why the Set About boss has blown up internationally in the last number of years. Sharing the bill with Alicante, it’s certainly going to be one to remember.

Our resident, Luther Vine completes the line-up to warm up the Middle Floor with his never-ending record collection covering everything from dark techno to bleepy electro…