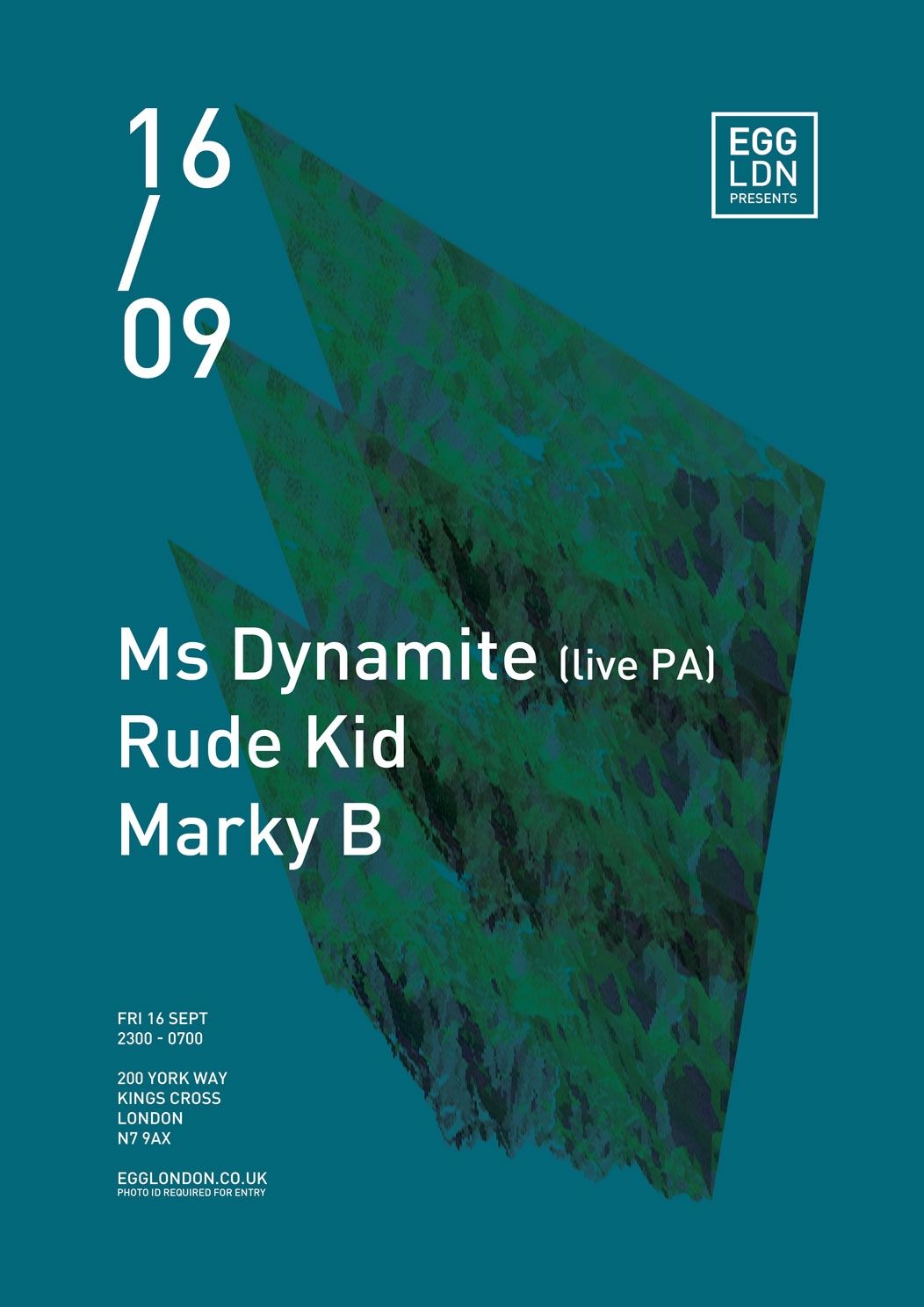 From conquering the garage scene with indisputable anthem 'Booo!' to winning the Mercury Music Prize for her 2002 ' A Little Deeper' album, two BRIT Awards and three MOBO Awards, Ms Dynamite has dominated the music industry at all levels. Despite withdrawing from music for a few years, she's returned where she left off, collaborating with the likes of Red Light on 'What You Talking About!?' and DJ Fresh with the Top Three UK hit 'Dibby Dibby Sound'. Recent years have also witnessed a more personal transformation, her Instagram and website documenting a spiritual blooming that's carried over to an even more infectious energy in live performances for the likes of Garage Nation and Wireless Festival.

A Kiss FM presenter, grime producer and DJ Rude Kid counts Skepta, JME, Wiley, Shy FX, Ghetts and Giggs among his many fans. Garnering early radio support from grime pioneer Logan Sama, it was his self-released 2010 instrumental album 'Are You Ready' that proved he was – the point hammered home by its follow-up ‘Always Ready’ EP. From there he's gone on to drop Skepta joint 'Get Busy' for Sony, penned the lead track for Boy Better Know in the Red Bull Culture Clash, which was subsequently used in their Red Bull documentary shot in Jamaica, and joined Kiss FM, as well as playing festivals including Glastonbury, Reading and Leeds, and Lovebox. In the words of Chase & Status, who he has also toured with, Rude Kid is 'the next to blow'.

Turned onto the early '80s sound of hip-hop, Marky B became an accomplished scratch DJ and as part of the Masquerade Roadshow played various underground parties around London, as well as Notting Hill Carnival, the capital's largest street party. In the mid-80s he began to add the early sounds of Chicago house to his repertoire and today has a music collection that encompasses all kinds of house. You can catch him highlighting this on his weekly 'Deeply Distracted' radio show.