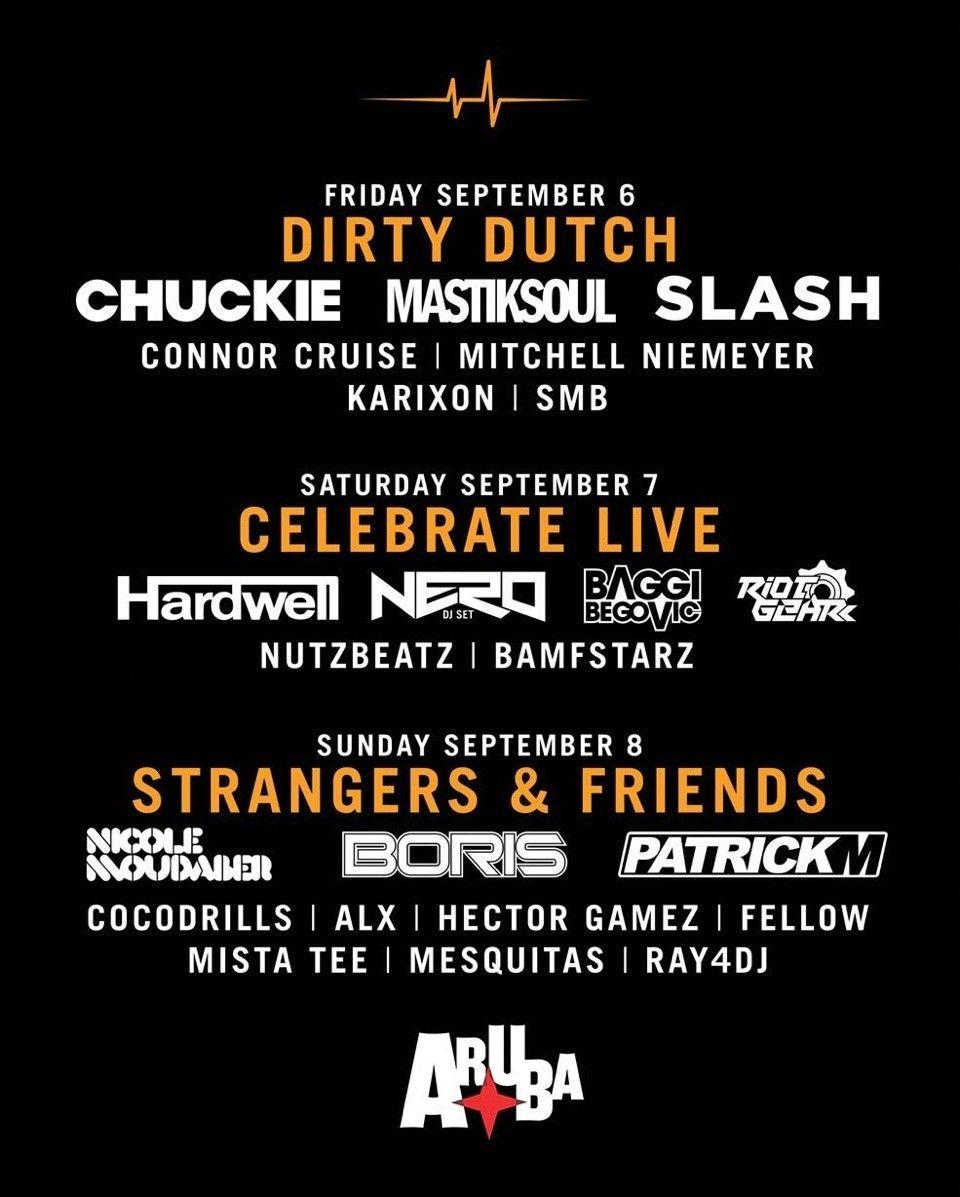 The Electric Festival team in conjunction with the Aruba Tourism Authority recently announced the launch of the EF to take place in Aruba from September 6 – 8, 2013. This festival, being a first of its kind in the region, promises to become the largest annual global electronic music conference in the Caribbean. The initial reaction from EDM- lovers all over the world has been massive! Already announced were Chuckie, Hardwell and Slash as part of the line-up.

The EF team and Aruba now announce that Grammy award winner Nero has been added to the line-up for this years Electric Festival event in Aruba. In February of this year, Nero won the 2013 Grammy Award for Best Remixed Recording for their collaborative remix of “Promises” with Skrillex. This track achieved gold status in the United States in August of 2012.

Also added to the line-up is Nicole Moudaber. She is one of worlds leading female techno DJs. Two of her recent remixes topped the Beatport Techno Chart for weeks on end and she won a prestigious IDMA at Miami’s Winter Music Conference, winning the award for ‘Best Minimal/Techno Track’.

DJ Boris will be playing EF as well. He has been a face of New York City nightlife for more than a decade and has established residencies in major cities across the US. He has been retained by major record labels to remix tracks of major artists, some of which went to #1 on Billboard Magazine’s dance chart.

The full line-up and program is available on www.electricfestival.com.

Festival goers can register to win a package including flight, hotel and VIP ticket on
www.electricfestival/win