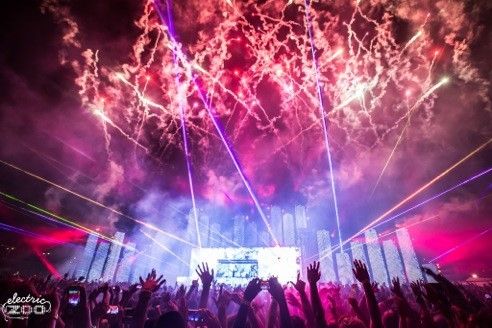 Since May 1, ELECTRIC ZOO: TRANSFORMED–the three-day music festival taking place September 4, 5 & 6 over Labor Day weekend at Randall’s Island Park in New York City—has slowly been revealing their line-up via a map posted at www.followmetonewyork.com.  Starting with headliners ABOVE & BEYOND, ALESSO and THE CHEMICAL BROTHERS, each day a point on the map directed to a specific landmark has revealed itself as a confirmed artist.  Today (May 26), all of the artists featured on the map, plus some new names including Madeon, Griz, Adam Beyer, Claptone, Bro Safari, Paco Osuna, Alan Fitzpatrick and Oliver Heldens, have been revealed.

From Anime Edge & DANCE and Alison Wonderland to Zeds Dead and ZAXX, ELECTRIC ZOO: TRANSFORMED is literally an A-Z of the most relevant artists and unique genres in electronic music right now.  Highlights include sets from festival favorites Borgore, Ferry Corsten, NERVO and The Glitch Mob; unique bookings like Get Real (who is only playing a very few select festivals), EOTO, Black Tiger Sex Machine and Goldroom; and first time ELECTRIC ZOO performers Galantis, Robin Schulz, Cashmere Cat, Henrik Schwarz (live) and Matoma. The list of confirmed artists follows below with even more additional talent to be announced soon.

Adding to the excitement, ELECTRIC ZOO: TRANSFORMED has announced details of three specially curated stages. Pete Tong’s ‘It’s All Gone Pete Tong’ stage will feature cutting-edge British artists hand-picked by the pioneering tastemaker himself. Thomas Jack, the Australian who holds close ties with the brightest artists on the tropical house scene, will helm his own stage.  Last but not least, Awakenings, the long-running Dutch techno festival will make its North American debut with a stage at ELECTRIC ZOO: TRANSFORMED.  “The look and feel of the stage will be 100 percent Awakenings. Expect some familiar Awakenings names on the lineup,” Awakenings founder Rocco Veenboer told Resident Advisor.  “The Friday will have a stronger techno sound and the Saturday will be more tech house.”  The festival will also feature a live stage one of its days.

Along with regular ticket purchase, ELECTRIC ZOO: TRANSFORMED is offering now through June 5 the opportunity for fans to purchase their tickets via a six-installment plan with a down payment of $49.  Details can be found at www.electriczoofestival.com